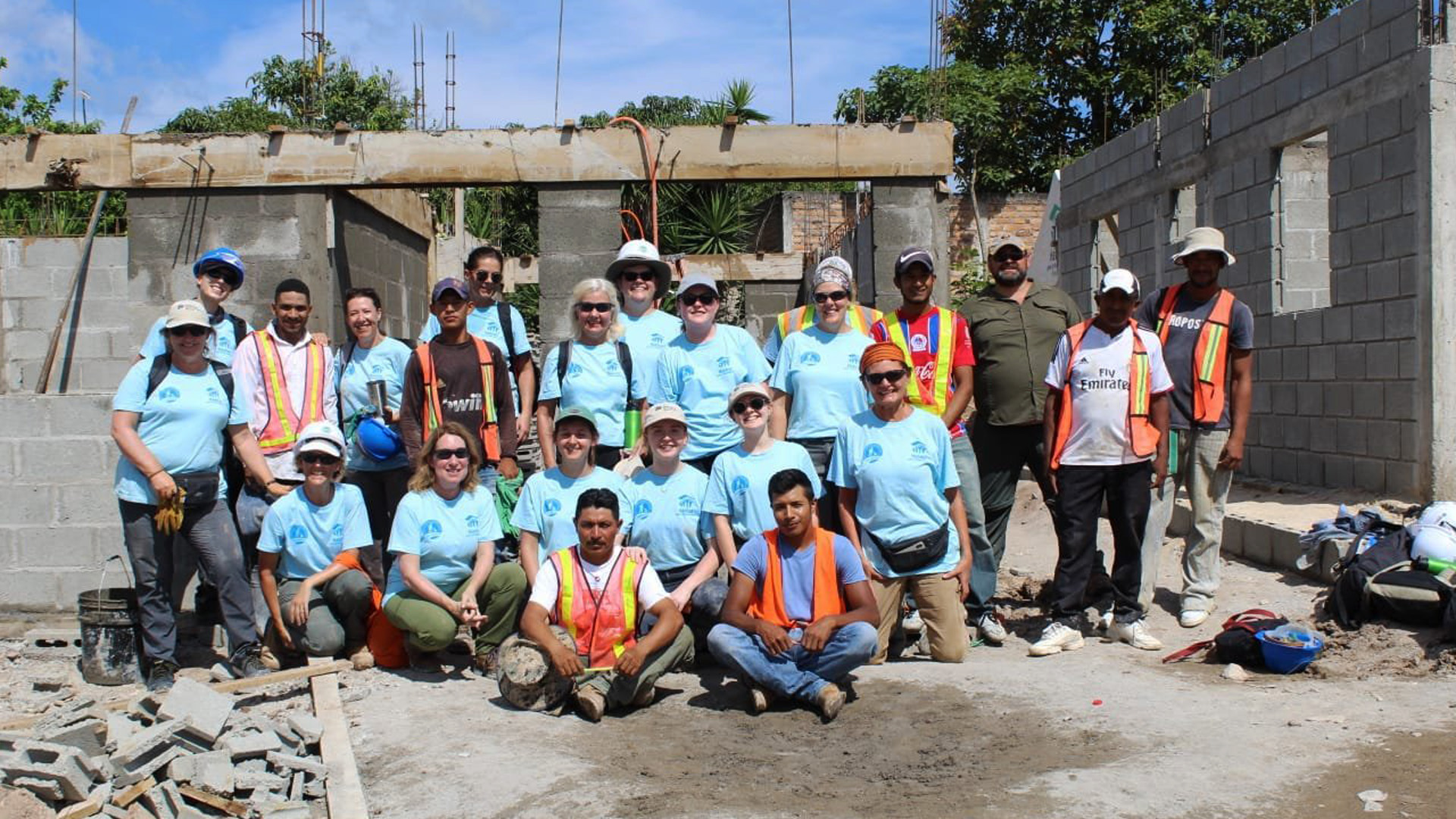 COINS employee Holly Ryan blogs about her experiences volunteering in Honduras with Habitat for Humanity for the 2019 Women Build.

COINS has always been a huge supporter of Habitat for Humanity. Whether this is in the form of local work or global work, I love what this organisation strives to achieve:

At the beginning of this year, COINS provided me with the opportunity to participate in a Women Build in Siguatepeque, Honduras. It was an honour to be asked, and I gladly accepted having always wanted to do something of this magnitude.

As the weeks progressed, I started my preparation for travel: getting the necessary immunisations, packing, etc. I talked to the other women traveling in my group, as well as team leaders and people in my community. It became a little overwhelming: concerns that travel to this country could be dangerous, the 70% poverty rate (what would I see), a climate much different than I am accustomed to, insects I would need protection against, and so on. And, what would I do if I got sick? I started to become a little nervous and apprehensive about what I would be undertaking.

I thought seriously about my endeavour for some time, and I came to the realisation that this trip was not about me. It was about families in dire need of safe housing. My small concerns were nothing in comparison to what these families live with every day so by keeping this in mind, it was easier to get through the weeks until I left for the build.

When I arrived in Honduras, I met a number of new women who would be an integral part of my life for the next ten days. From the Honduras airport, we traveled by bus to Siguatepeque, where the build would take place. The bus trip was somewhat disturbing. I saw housing conditions that were much worse than I had anticipated. The houses barely resembled structures; they were just metal roofs supported by poles, completely open to the elements. Some houses appeared to have open mud floors, with perhaps a spare amount of boards laid down – if they were lucky. Some houses had no roofs and therefore, were fully open to the outside. How could anyone feel safe or protected living under these conditions? Seeing these houses in such deplorable conditions made me truly realise why we were here and how much we could help these families.

On day one of the build, we met the families whose houses we would work on. The families were beautiful - very humble and gracious. They were so happy that we were there. It was emotionally overwhelming to meet them and hard to believe they lived in the terrible conditions we witnessed. It made all of us very anxious, yet also very excited, to begin helping them. We met the local masons and carpenters who would work alongside us for the next five days. They were amazing. They could only speak Spanish but were still able to teach us tasks simply by having us watch them. They were very patient and constantly smiling.

Over the next few days, we worked very hard in the heat and humidity. We were covered from head to toe with protective clothing, helmets, masks – all meant for us to avoid injury and exposure to the elements. We learned how to sift sand, make cement, lay bricks, haul rocks, sand and water, make rebar enforcements, dig trenches (and then fill them back in), move bricks, etc. We performed many tasks we had never done before. We also had the privilege to spend a few hours working with one of the family members when we helped him clear his back yard. We filled many wheelbarrows full of sand and debris. He smiled and thanked us numerous times. This was my favourite moment. It put everything in perspective.

Although we worked through lots of sweat, blisters, sunburns and sore muscles as the days went along, I do not remember anyone complain. All of it was worth it and small in comparison to how these people live.The Habitat staff were wonderful; they took great care of us while we were there. We received training on safety on and off the build site. Our leaders were always there for us and provided transportation as needed so that we never felt unsafe.

I know every one of us on this build would say our time here was something we will never forget, and we are so thankful we experienced it. We talked about it a lot over the course of the week but it is hard to put into words; it was very emotional for all of us and the only way to understand it would be to really live it.