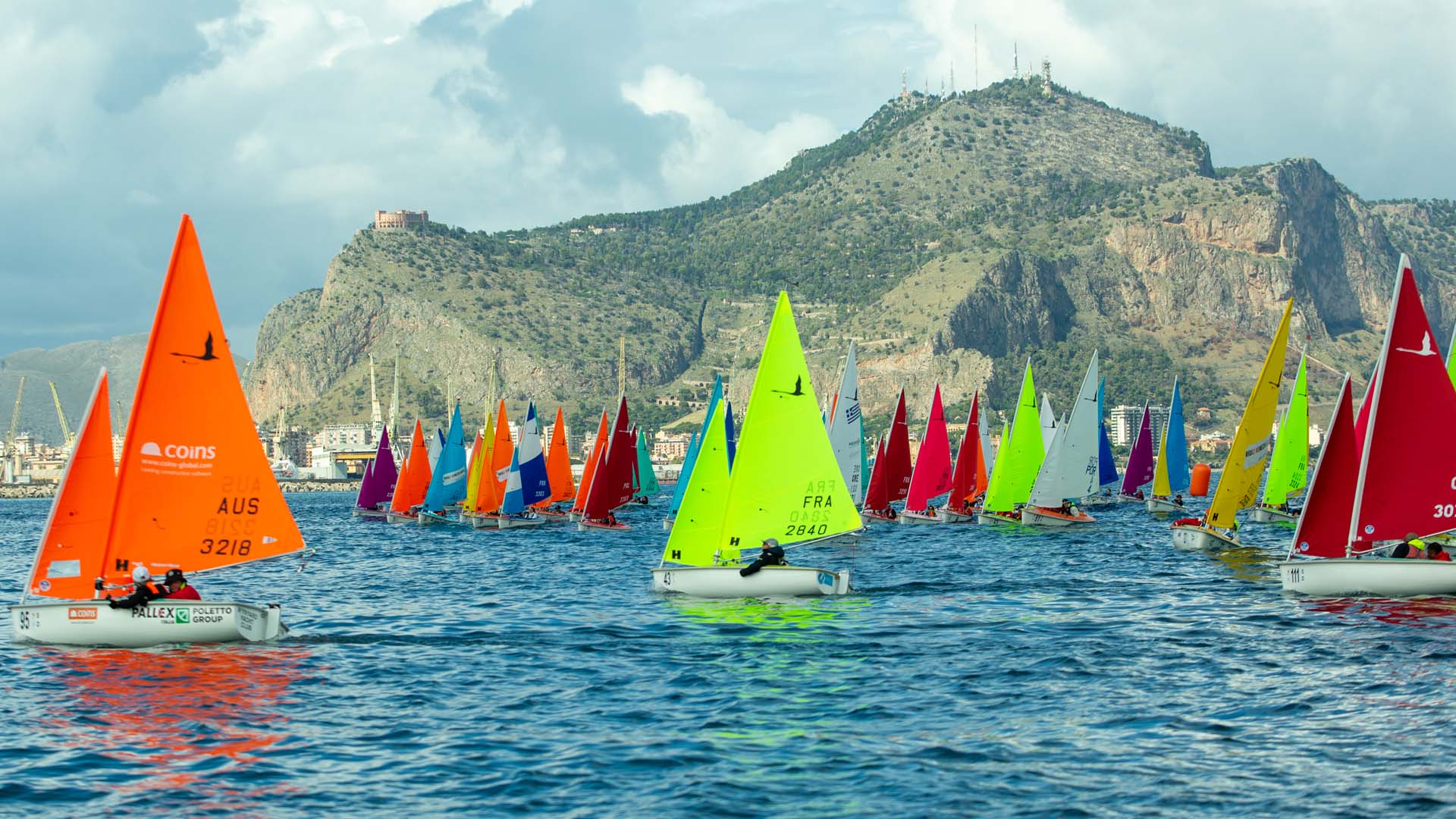 Sailing to the top of the Podium

At the beginning of October, Australian sailor Chris Symonds and his sailing partner, coach and support person Ela Klinger took to the water once more, this time in Italy for the 2021 Hansa World Championships where they were crowned World Champions.

The event was part of the same regatta as the Para World Championships, for individuals classified with a disability, which Chris was also eligible to compete in, where he took individual bronze securing his second medal of the Championships. Despite the physical challenges he faces with Kennedy’s Disease, a rare and progressive genetic condition affecting mobility and speech, Chris continues to show his supremacy on the water against both abled-bodied and para competitors. We caught up with Chris to find out more about the competition and how he continues to stay on top of the world…

The path to the podium wasn’t all smooth sailing as Covid had a huge effect on competitions throughout all of 2021 and even for the World Championships, Australia was in lock down, requiring an exemption from Home Affairs to be able to travel to Italy at all.

“It was an extremely difficult process where we engaged a Migration professional with supporting letters from World Sailing, International Hansa Class and Australian Sailing. Our reason needed to be in the National Interest for us to leave Australia and although 25 Nations were represented with 185 competitors, we were the only Australians who attended.” – Chris

The team also received support from their Premier & Prime Minister relating to a campaign Chris is driving in support of World Sailing, to get Para Sailing back into the Paralympics for LA 2028, after it was discarded for Tokyo 2020. Chris and Ela also received advice from Kathy Yu, the Australian team doctor who shared her experience from the Tokyo Summer Games to outline protocols to follow that would help to keep them safe from the threat of Covid.

Fortunately, due to Tasmania (where they are based) remaining Covid free for the 18 months prior to the Worlds, their training remained largely unaffected, and the pair arrived feeling as prepared as they could be and ready to take on the competition.

Chris credited their success to their perfect teamwork both on and off the water as well as their planning, preparation and mutual respect, focussing on the job in hand and not worrying about things outside of their control. They had focussed solely on this goal for the past 18 months and despite adverse weather conditions meaning that they only raced 4 of the 10 events, they managed to win the last race by a boat length to secure the gold medal.

In the individual event, the abled bodied and para competitors all raced alongside each other, to save the Para sailors having to race again separately. Chris continued his impressive run to finish 4th overall and 3rd highest Para competitor, returning to the podium to collect his second medal of the Championships. Again, weather played havoc with the fleet of 69 boats only finishing 5 of the 10 scheduled races.

“This no doubt was my best regatta considering all the barriers and Covid risk. To win with Ela was so much more rewarding than by yourself as you can share the achievement together.” – Chris

Getting to the top of your sport is difficult enough but what’s even more outstanding is his ability to stay there and repeat his success despite continued pressure from his rivals. Chris explained that as the competition is growing throughout the world, it’s important that their training and skills improve to match this. As such, they train 3 days a week on the water and 3 days a week off the water, with all sessions planned with video analysis to identify areas they can improve on. In addition to this Chris has a team of allied health professionals to help manage his declining health issues and works hard to stay on top of everything using other techniques and nonphysical skills.

“I have been part of many teams, but my current supporters are amazing and the best team I have ever been involved with. I’d also like to thank COINS - Jim and the team in Brisbane cannot do enough for me to achieve my goals.” - Chris

The two-week quarantine in a hotel in Adelaide on their return was the final hurdle, meaning they were away from their home and family for a total of 6 weeks, but it was a small sacrifice that they’re more than prepared to repeat.

“Now we plan and train for future events, racing in Melbourne in January, Nationals in March, Europeans in Germany in May and the Worlds in Japan in October – wow, exciting times ahead!” - Chris