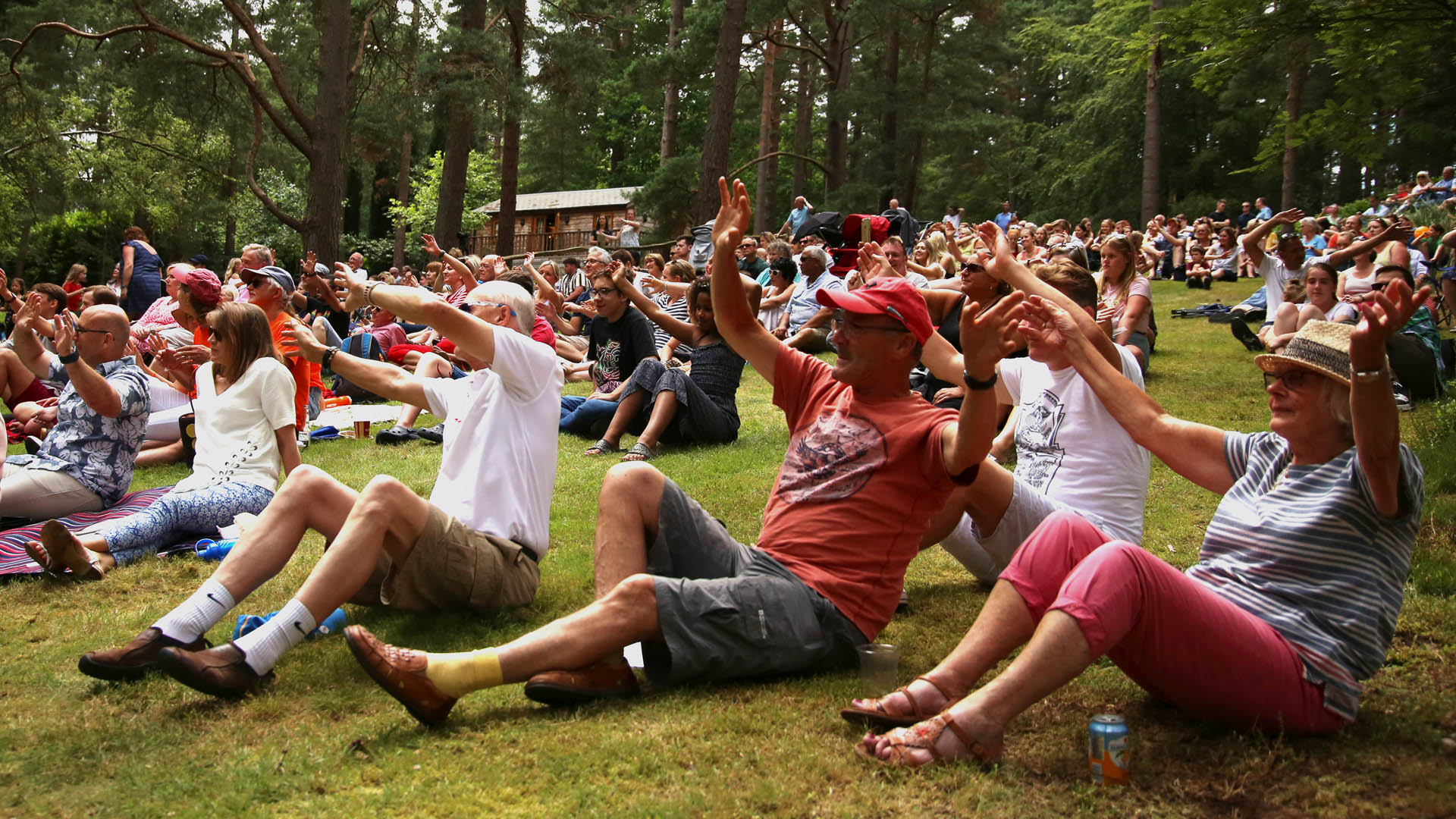 On Saturday 6th July, Sundial Festival returned for another year and guests were treated to an afternoon of delicious food, drinks and great entertainment under the welcoming sunshine.

Our biggest event to date, by the early afternoon the site was a buzz of activity as both regular visitors and new faces arrived alongside friends, supporters and colleagues.

Our partner organisations were also out in force once more, showcasing the projects that COINS Foundation is supporting in order to work together to create a better and more sustainable future. We were proud to welcome; Challengers, Habitat for Humanity, PEAS (Promoting Equality in African Schools), Snow Therapy, Sailability and relatively new initiative, DFN Project Search who were all kept busy throughout the afternoon. As a Foundation, we continue to work towards challenging perceptions and behaviours and encouraging people to take notice and acknowledge the social injustice that is all around us. Our partners focus on various areas, including; access to education, micro finance loans for families to build homes or improving opportunities for those with disabilities, yet all have an underlying link of inclusivity and taking action to open doors for the next generations.

Larry Sullivan, Chairman of COINS Global summarised this in his opening words before introducing the start of the concert when he said to the audience:

“Consider those less privileged than yourself.”

Stepping Stones pupils then took to the stage for the main feature of the event – the student performances. The school for students with mild to moderate disabilities originally began

with just a handful of individuals and has thrived over the last decade, now operating as an upper and lower school with facilities to cater for further learning and work experience opportunities. A substantial part of this growth was under the leadership of former headteacher, Melissa Farnham, who recently stepped down from her role. Melissa was invited up to the stage to receive some kind words about her contribution to the school before the students went on to demonstrate some of the talent that Melissa and the staff at Stepping Stones have been nurturing. Bohemian Rhapsody, Coldplay and Jason Mraz were just a few of the songs and artists that were featured during the performances that kept the crowded bank of audience members entertained. A huge congratulations to: Llama’s class, Timothy, Henry,Lucas, Louis, Benedikt, Seb, Georgia, Summer, Alex, Scarlett, Wendy Tom, Henry,Charlie and Daniel who formed the impressive line-up at Sundial Festival 2019!

We also saw the return of a number of our favourite attractions and activities for guests to enjoy throughout the afternoon. Suzie song time warmed up the crowd with her animated music workshop and some of the younger children also enjoyed; fishing, bouncy castles, a mini Tesla driving track as well as trying their hand on the fairground stalls. In addition, we welcomed back the climbing wall, laser quest, zorbing, martial arts, tennis coaching and henry the mechanical horse was on hand as a safe and reliable mount to introduce people to riding. Unsurprisingly, due to the brilliant weather, the swimming pool was also a popular choice for many and for those looking for a slightly quieter pace we had; an IT suite, an art exhibition and chill out zone as well as the chance to get some creative pictures in the VW campervan photo booth. With delicious food, including; a hog roast, curry, wraps, halloumi, chicken and sushi dishes there was little that wasn’t on offer and for those looking for a sugar boost the cakes, sweet treats and ice cream van provided the perfect solution.

As always, we must say a huge thank you to everyone who helped to make the day such a success. They say, “it takes a village” and that is very much the case both with Sundial Festival but also in our bigger goals. Here’s to Sundial Festival 2020…