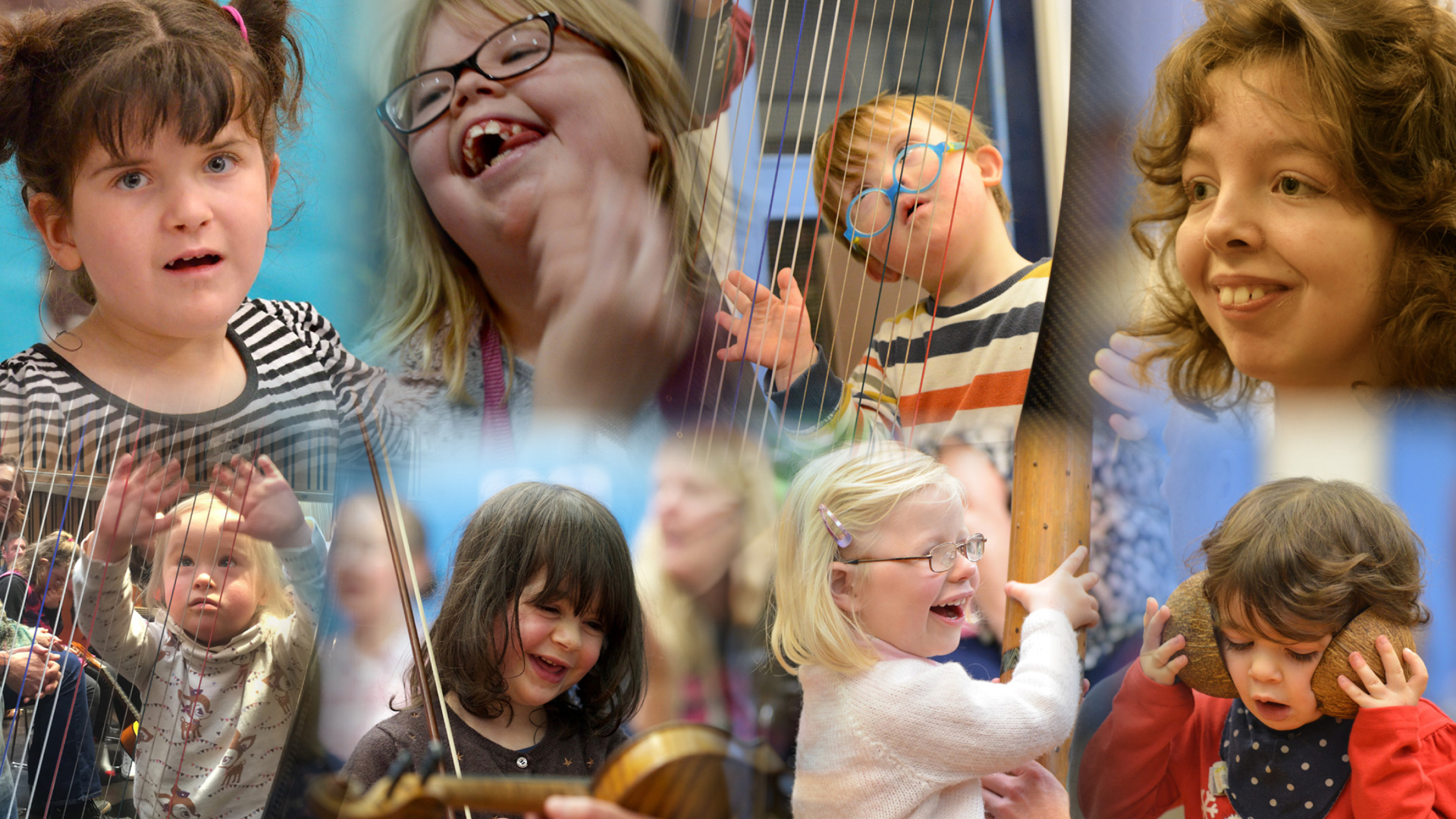 A talented musician in her own right, Annie Mawson MBE enjoyed a successful career in the education sector, where she worked as a special needs teacher before setting up in 1992 doing freelance work as a harpist.

Her awareness of the therapeutic benefits that music can bring to individuals, combined with her experiences as a teacher inspired the creation of a unique organisation. With the aim to support children and adults suffering from physical, emotional, psychological and other mental health problems through the provision of Community Music Therapy, Sunbeams Music Trust was born.

The Music for Life® programme is the model that underpins all of their projects and it is based on using music for therapeutic use with sessions open to everyone with a disability, whether that’s physical or neurological. It is widely recognised that individuals with a disability are susceptible to issues related to isolation and this lack of opportunity to socialise can have a negative impact on their motivation and self-esteem. The workshops are delivered from their Sunbeams Music Centre in Cumbria and various other locations in the North West including; community centres, adult day centres, out of school clubs and care homes. Sessions are delivered by qualified Music for Life® practitioners and are personalised based on who is taking part in the session, where this flexibility helps to ensure maximum enjoyment and engagement is achieved.

For the first few years after its inception, Annie dedicated her time to delivering the programme on a voluntary basis until 2001 when Sunbeams received their first Community Fund Award. Her commitment didn’t go unnoticed and in 2000 she was awarded with Cumbrian Women of the Millennium Year for her work. A few years later Annie was awarded an Honorary Professorship in 2004 when she was elected a member of the Royal Society of Musicians of Great Britain before making the New Year’s Honours List in 2014 where she became a Member of the British Empire for her contributions.

Sunbeams offer Family Learning Sessions to friends and families of children with complex medical needs to both allow the children to develop as individuals but also to enable them to learn alongside carers and relatives. The workshops offer a way to communicate between each other and also allows those interacting the most with these children to learn different skills and techniques to help them develop, therefore, improving their relationships and social interaction outside the workshops too.

“I have learnt so much about my daughter’s ability – not her disability. It is amazing to see her grow in these sessions, despite her complex physical and learning difficulties. As a family we have already gained enormous benefits from the interactions during the Sunbeams Music workshops.”

A Music for Dignity® programme now takes place throughout Cumbria and in the Sunbeams Music Centre, following the pilot which was part of the Big Lottery Silver Dreams project in West Cumbria, funded by The Big Lottery, The Daily Mail with further support from COINS Foundation. The programmes follow a similar format using music for therapeutic reasons but focus more on adult beneficiaries with physical and/or mental disabilities including dementia.

After strong fundraising efforts the Sunbeams Music Centre was built, which was architecturally designed to cater for the acoustics of musical performances, making it the perfect venue for both the workshops and for concerts. Over the years both participants of their workshops and professional musicians have graced the Music Centre to deliver their musical talents to knowledgeable and enthusiastic audiences. The facility is also the perfect site for individuals to gain musical qualifications, an option that many have chosen, furthering their creative talents from a more academic angle.

“Singing with the Silver Liners brings me so much joy and happiness it makes me feel good when people come to watch our shows and join in and get so much enjoyment out of it. Singing lifts my spirits when I feel down and gives me something to look forward to. I thank Sunbeams and the big lottery for the opportunity to enable me to take part in an activity that brings so much to my life. Thank you” – Silver Dreams participant

Not only are the performances great for individuals’ self-confidence and personal development, they also play a vital role in changing perceptions about the capabilities of people with disabilities. Every year, Sunbeams help over 2,000 people to socialise, sing, communicate and enjoy the freedom that music brings but as their programmes are free to access, they rely on donations, fundraising and grants and COINS Foundation are proud to have been able to play a small role in supporting these programmes. We look forward to seeing what further barriers Sunbeams can help to break down whilst they continue to make a difference to so many lives.