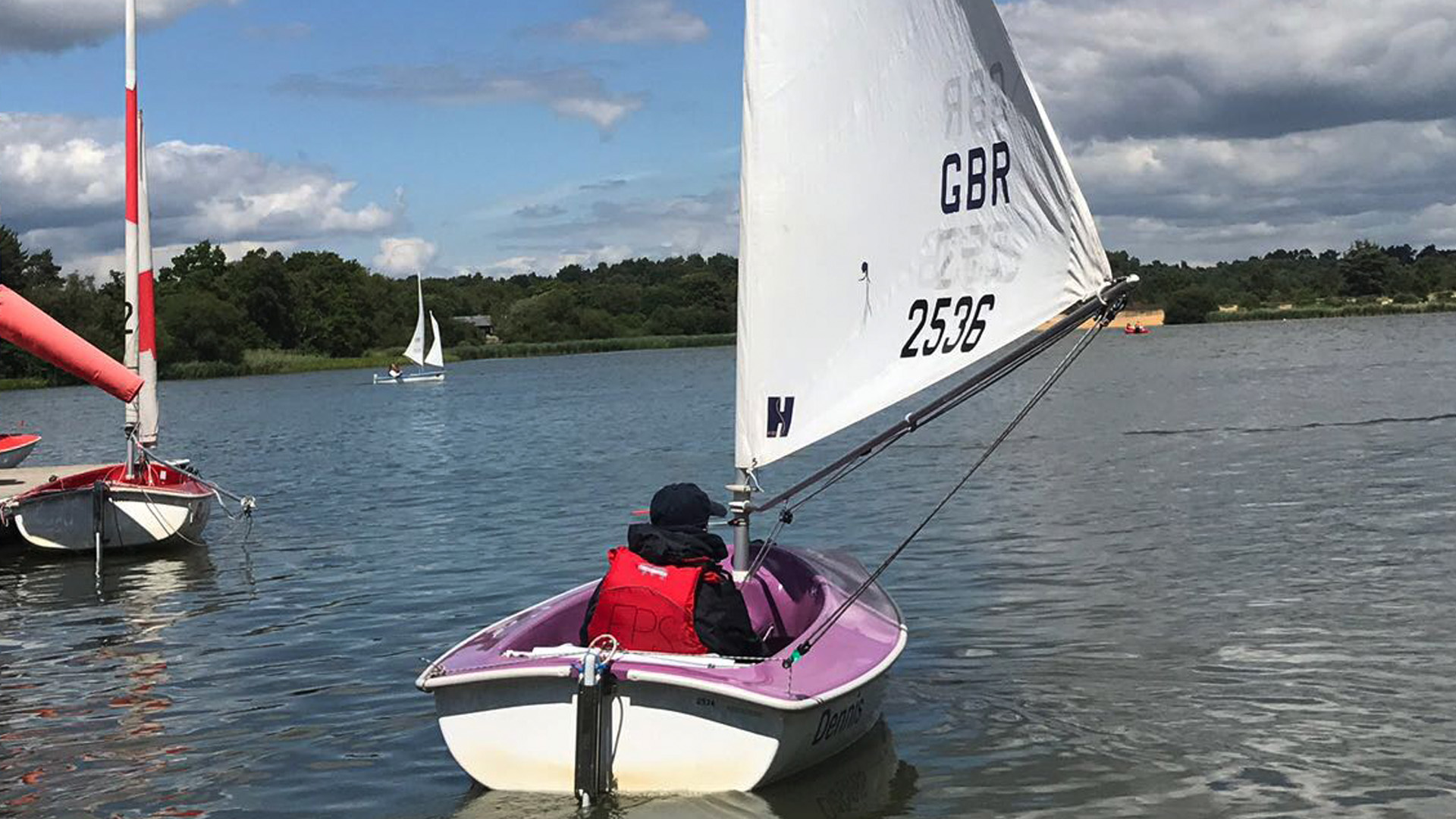 A national sailing league, the Hansa Traveller Trophy Series attracted sailors of all ages from as far as Scotland to accomplish what was described as a record attendance at a Traveller Trophy event. Harry confirmed the consistency of his performances, taking another podium spot when he finished 2nd again in Northampton a couple of weeks ago. His classes feature sailors of varying disabilities with no restrictions on age, therefore, he is usually competing against adults and those older and potentially more experienced than himself.

Harry’s story makes his superb achievements all the more remarkable, starting at the age of three when he was diagnosed with a medulla blastoma brain tumour and was treated with chemotherapy and radiotherapy. He joined Stepping Stones School nearly ten years ago and found as a school specifically catering for special needs it was a perfect fit where he struggles from multiple disabilities left from both his illness and treatment. In addition to their flexible approach to school life, Stepping Stones instigated an introduction to Sailability at Frensham Ponds, offering Harry freedom, the opportunity to compete, sport and a social life in a safe environment.

Harry started sailing when he was just nine and they found that not only does this encourage him to be out in the fresh air but it also helped with his rehabilitation after he developed more tumours last year. In February 2017, he had a large portion of his skull removed in order to take out a meningioma and he still has multiple tumours and regular scans to keep an eye on these but even that hasn’t stopped him from sailing twice a week at Frensham Ponds.

Despite an incredibly challenging year, Harry finished at the top of the podium at the Frensham regatta in 2017 and this year is competing in National TT competitions around the UK. In addition to his competitive success, sailing gives Harry a purpose and plays a great role in taking his mind off the numerous medical appointments that he has to attend.