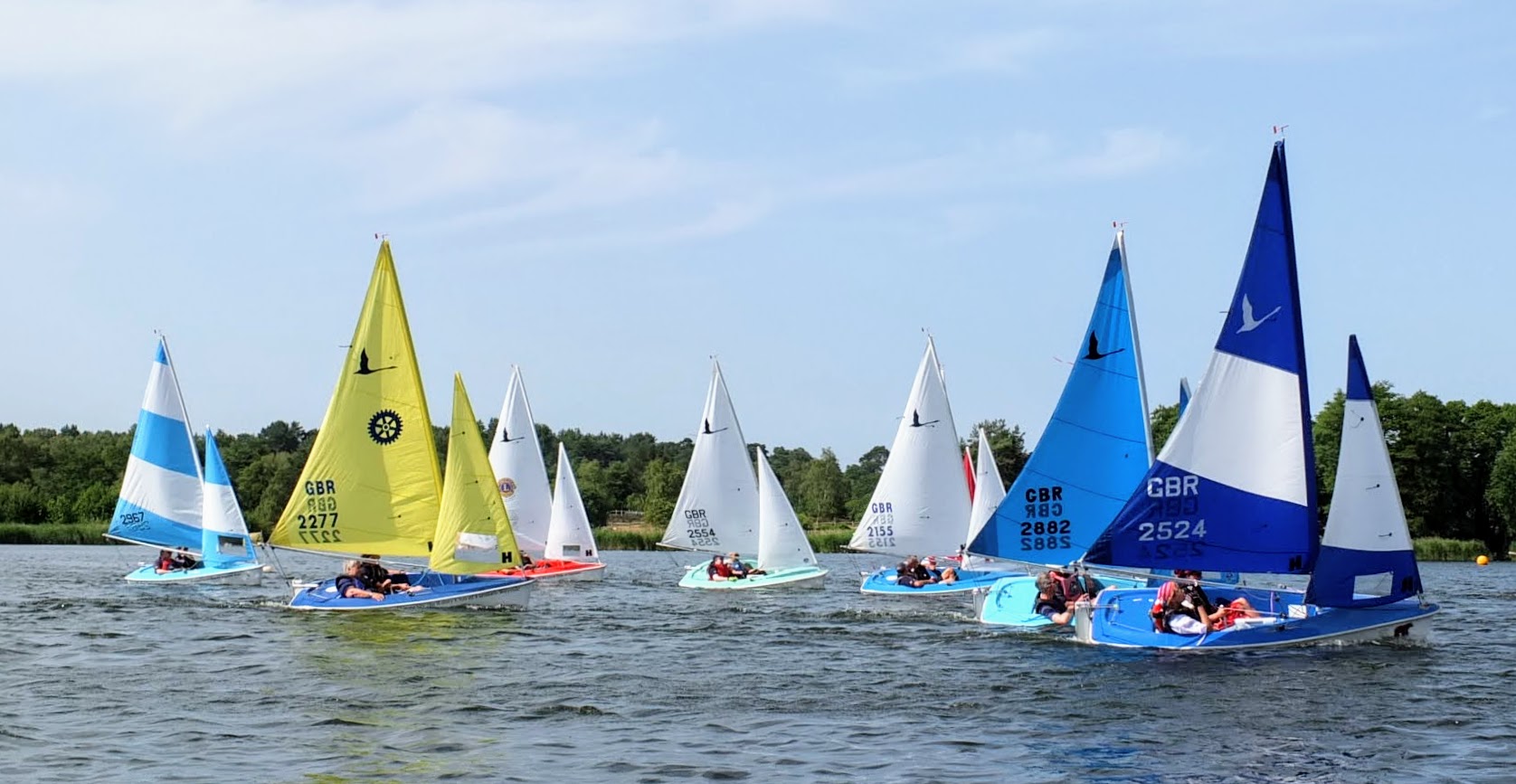 Based at Frensham Pond Sailing Club in Farnham, Frensham Sailability offer training and sailing opportunities for individuals who might require additional support in order to sail. Their facilities are fully accessible for a range of disabilities and whether you’re looking to join from a social, therapeutic or competitive perspective, they are equipped to meet your needs. Sailability have worked closely with Stepping Stones students for a number of years and continue to do so as Stepping Stones works to support all aspects of their students’ school life. In addition to the educational support, the extra-curricular activities play an important role in helping individuals to build their confidence and potentially discover new talents, as was the case for Harry Kennington. Since starting with Sailability, Harry has progressed well in the competitive ranks and despite being up against competitors of all ages he has his sights set on the European Championships later this year.

Harry was one of the Frensham sailors who took part in their Pro-Am Regatta at the end of June. A first-time fundraising event for the club, amateur sailors were invited to pair up with their experienced counterpart to learn the basic elements of sailing before taking part in a number of races throughout the afternoon. Harry teamed up with COINS Foundation representative, Erin Orford to compete in the Hansa races whilst six more of COINS employees; John Curtis, Harry Chan, Jose Garcia, Bruce Turner, Ghulum Shah and Sarmila Siva made up two teams in the Stratos races.

The two COINS teams put in strong performances and Harry generously shared his expertise and tactics, in ‘Breeze’ one of the most recent additions to the Sailability fleet from COINS Foundation and appropriately named by the students of SteppingStones.

What was most evident was the decision making and the tactics involved, constantly assessing wind direction or strength whilst trying to avoid the other sailors. It’s definitely a sport for the mind as well as the body but the freedom and feeling of success when you quite literally catch the wind in your sails is something that everyone should experience at some point.

With all levels out on the water from first time sailors to regular competitors, it was a fantastic way to spend a Friday afternoon in the sunshine, completed perfectly by a BBQ and awards ceremony. Everyone involved was incredibly welcoming and willing to share their time and knowledge so a huge thank you to Frensham Sailing for being such wonderful hosts – we hope it was as much of a success for you as it was for us.

It was amazing to learn how to sail and then win! All while being part of a good cause that helps enable people to take part in such a great sport. - Ghulam Shah