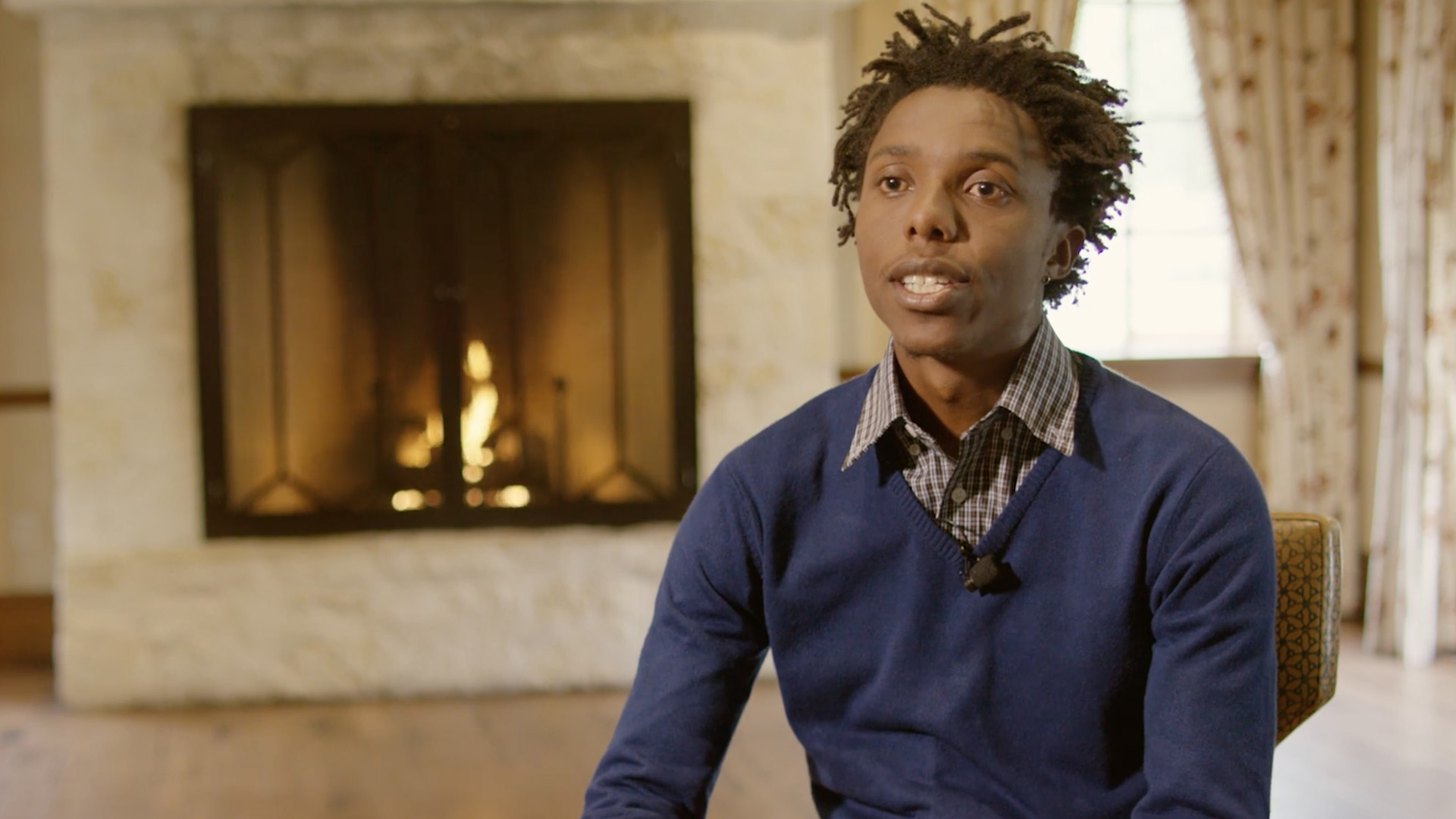 Nhlanhla Ndlovu was one of three finalists in his section of the 2018 COINS Grand Challenge, where successful entrants were invited to present their ideas at a gala dinner and awards ceremony, which took place alongside the COINS Innovation Day.

Two years on, the journey from South Africa to Texas appears to have been a worthwhile one as after receiving the runner up prize for the Leadership Award, the partnership continues.

35-year old Nhlanhla grew up in Soweto, near Johannesburg as part of a large family sharing a four-bedroom house, an experience that was the prime driver for his idea and the start of his business, Hustlenomics.

“Having to share such a small living space growing up motivated me to build my own space in the family yard. I embraced an opportunity to up skill and qualified as a bricklayer in 2005.” Nhlanhla

A large number of residents and families could not afford safe and permanent housing and so were forced to live in small and unsafe shacks, which also made water and electricity an impossible luxury. There was an evident gap between earning too much to warrant government support and not earning enough to be able to afford to pay for a safer and more permanent structure and having experienced this for himself it became clear that this was not a unique position. Those who fell into the category of being able to afford to upgrade had already done so, which meant that for the majority, the potential to improve their situation was non-existent.

“I saw an opportunity for a business that would benefit others as well, since many families in and around the townships had the same need. From here the idea was born, to focus on identifying low income homes with backyard shacks that could benefit from being replaced with formal structures. Recognising that the issue of informal structures was a real and existing problem became the catalyst for developing the idea into a business.” Nhlanhla

Having identified a high amount of unemployment in the area, either due to a lack of jobs or a lack of skills, Nhlanhla’s idea included training youths in the area to build the houses so that he could tackle both the housing and employment situation simultaneously. The standardised structures, interlocking brick design and utilisation of existing technology meant that they could be completed quicker and more efficiently than in the past. The same structure design that Nhlanhla had taken 4 years to build due to the need to purchase materials and resources incrementally became a streamlined process that now takes just one month to complete. They were also able to use recycled materials from either demolished buildings or waste that most construction companies have but cannot use and as a result of this increased efficiency and reduced construction time, build costs were reduced by 30%. Homes would then be rented out to the occupants for an agreed time frame that would cover the costs of construction and a small profit before ownership is transferred over to the family. Nhlanhla credited his mother as the inspiration behind this innovative shared home financing model after she ran a business selling food, which she provided on credit to allow customers to delay payment until the end of the week when they had been paid. The success of his mother’s operation gave him the confidence to provide housing on credit as he felt more comfortable including this facility in the business model and Hustlenomics was born.

The Leadership Challenge was searching for an exceptional candidate who demonstrated the qualities to lead, inspire and who possessed the determination to deliver a viable concept that has the potential for big impact and judges were in no doubt that Nhlanhla fulfilled the criteria. His success at the final rewarded him with £2,500 funding from Barratt Homes, helping them to complete their pilot project but Nhlanhla found the event beneficial far beyond the cash rewards.

“The award is validation that we are solving an existing problem in South Africa but being one of the very few finalists worldwide was an honour in itself.  The experience was an eye opener because of the entrepreneurs I met who created innovative solutions from materials that could be found in your backyard.” Nhlanhla

Nhlanhla’s networking opportunities expanded beyond existing contestants as his business and the passion behind it also attracted funding from COINS who are providing a further $10,000 as an interest free loan. This will be used to acquire a truck to transport brick manufacturing machinery and building materials between sites so that they can become more productive in pushing their projects forward long term. Without the new transport, the necessary resources are too heavy to transport by hand, restricting which customers could be supported, so this will eliminate this challenge and allow them to scale and replicate the business model in different provinces.

“The biggest barrier I faced as a start-up, was the unique business model I presented to the South African market.” Nhlanhla

The absence of a legal structure for Social Enterprises in the Republic made sourcing funding incredibly difficult and Nhlanhla was grateful to have received some support from the few organisations who are willing to work with social enterprises through incubation and small grants. However, as a social enterprise in its relatively early stages, Hustlenomics didn’t have a track record to instil business confidence and as such, they automatically fell into the high-risk category when it came to acquire a bank loan that was necessary to grow further. Beyond this, those state entities that would provide funding to entrepreneurs operate like traditional banks and, therefore, often require some form of collateral in exchange, which most start-ups are unable to provide. Nhlanhla admits one of the biggest challenges was that many organisations do not fund property developers or businesses associated with speculative real estate, which is how Hustlenomics’ business model is often incorrectly perceived due to a lack of an existing frame of reference and his forward-thinking approach.

As a result, the loan obtained from COINS reflects confidence, in both Nhlanhla and his vision, whilst converting the wall he had previously faced into a doorway with access to possibilities that had been inaccessible. Despite the hurdles described, like all committed entrepreneurs Nhlanhla did not use them as an excuse to give up, but converted them into an opportunity to improve in other aspects:

“The challenge to source alternative funding helped accelerate my personal and business development through expanding my network.” Nhlanhla

Describing Elon Musk as a main influence due to his innovative solutions to social and environmental problems, it is clear that Nhlanhla has incorporated these into his own path and values.

“I am most proud that we trained and employed 22 youth, 12 of which were women, during our first pilot project of six units in Soweto Township. I am also proud of winning the 2018 SAB Award and the COINS Grand Challenge. The fact that we could attract investments from overseas to scale our business and replicate our model in different countries to solve affordable housing shortages was a confidence booster.” Nhlanhla

Nhlanhla confessed his long-term ambition would be to continue to expand so that he could create access to affordable housing throughout the world and with his passion as the driving force, we look forward to seeing him taking further steps closer to this dream.