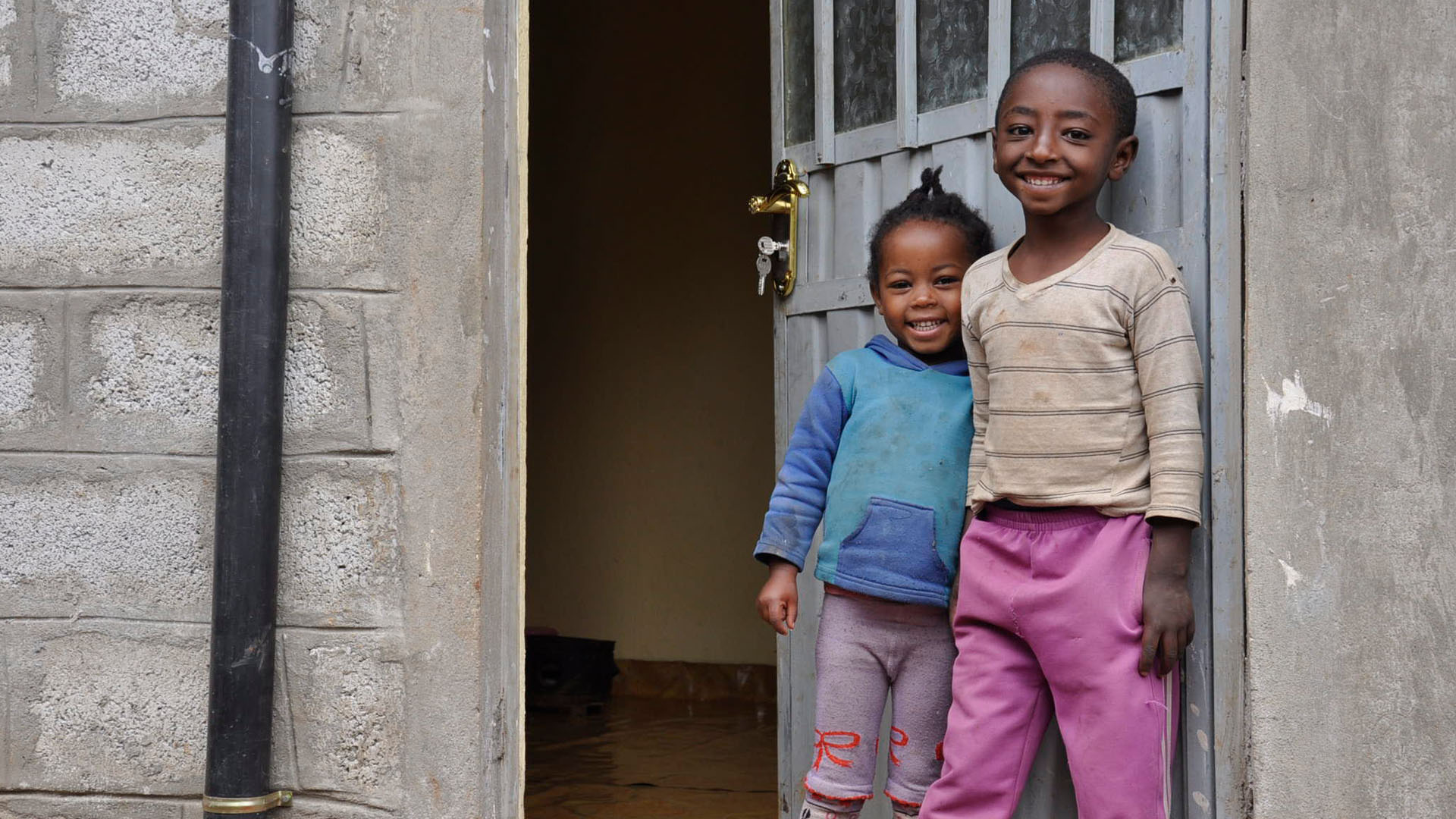 Three years ago, COINS Foundation, in partnership with Habitat for Humanity, started a new initiative to try to relieve some of the challenges that residents living in slum areas face.

Access to safe and adequate shelter, water and sanitation services are a major challenge for the population of Ethiopia, particularly in the capital where the majority of people live in poorly built, dilapidated and cramped housing. Often families live without basic facilities such as toilets, water and sewer lines so the goal of the Ethiopia Urban Slum Upgrade Project (USUP) has been to contribute to the national effort of building the resilience and capabilities of urban slum dwellers of Addis Ababa. The project has focused on addressing the housing, WASH (water, sanitation and hygiene) services and infrastructure needs of 3,200 vulnerable and impoverished households in three districts (woredas) over a period of three years.

The project has either met or exceeded most of its targets, with a total of 32,614 beneficiaries who have benefitted from the range of building works that were undertaken. The mission to alleviate extreme poverty by increasing access to decent housing, safe water and sanitation and hygiene facilities is an important part of helping the most vulnerable groups to meet their most basic needs.

The housing situation was a key area of focus, where overcrowding was common and people were forced to using buckets, plastic barrels or other containers to collect water leaking through the ceiling during the rainy season. Whilst the project originally set out to renovate 62 housing units, on completion a total of 102 units was actually achieved, providing some relief for families through not just increased housing, but improved facilities within these.

“For our poor families there is nothing more important than living in renovated houses that have kitchens, toilets, and running water. Our people use to defecate in the open because there were no private and communal toilets to use. Our people used to suffer a lot because of shortage of toilets as it was not possible to empty pit latrines due to lack of access roads to the neighbourhoods. We are grateful to Habitat for what it has done for our people.” - Mr. Eyassu Ayalew, Woreda 1,Gullalle Sub-city.

Alongside these developments, investment into facilities to support the wider community were also implemented, including 8 communal kitchens (which serve 281 individuals) and the construction of 6 communal toilets, which will be used by over 270 individuals. To support improved hygiene, two public toilets with attached bathrooms were built which will provide over 1,000 community members with bathing and other sanitation services. Fresh water is also a limited entity so the construction of 6 communal standpoints for water supply were a welcome addition for members of the school and local community, enabling over 2,800 school children and individuals access to fresh water.

An integral component in the journey to improve health in the community has been delivering training on sanitation and hygiene measures and over 7,700 individuals have received this and will be able to pass on this valuable knowledge to friends, family, and the next generation.

COINS Foundation is delighted to have been able to support this project and hope that the work continues to have a positive impact on the community for years to come.