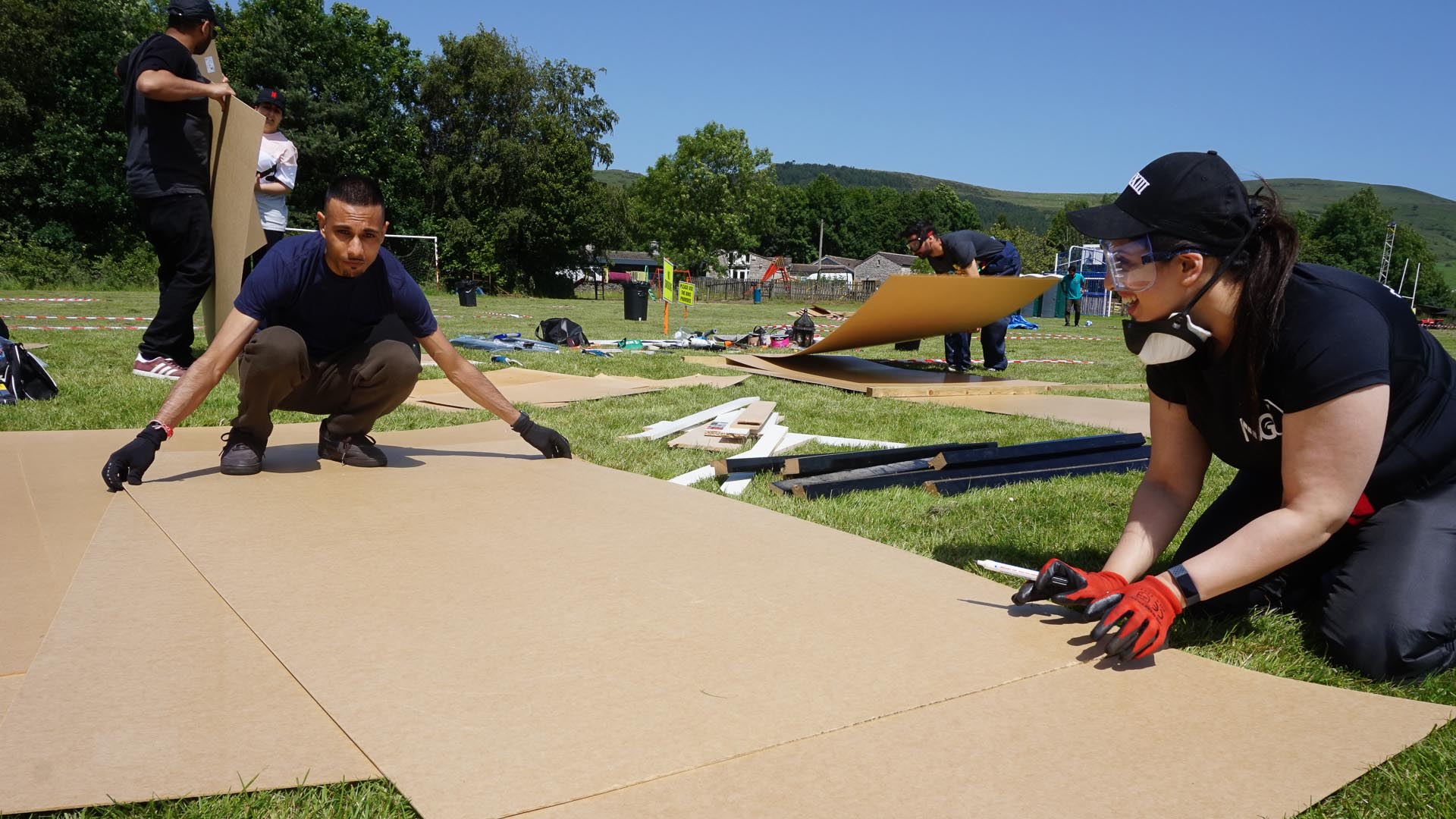 On Friday 28th June, 8 COINS employees swapped their suits to shorts and boots and headed off to the Peak District for the weekend to take on the Habitat Hope Challenge 2019.

Predominantly launched as a fundraising event for Habitat for Humanity GB, the Hope Challenge is fast building a reputation as an excellent team building weekend as well as a chance to test yourself both physically and mentally. Habitat’s vision is a world where everyone has a safe and decent place to live and a world where housing poverty and homelessness are eliminated so the weekend has this concept at its core.

“They say you get to know who a person is in three different situations; in business, in travel and in sharing a roof. We experienced two of those situations during the Hope Challenge and I’d like to think everyone involved left the Peak District with a smile on their face. It was hard work, but it was worth it. We raised money, we raised awareness, we raised spirits and all whilst raising a roof, a truly magical weekend for all with memories that will stay with us for a longtime.” - Zabar Khalil

After taking a year out in 2018, the long-awaited return of the Hope Challenge brought an extra incentive to take part this year, as thanks to sponsorship from COINS the winning team would receive the unique opportunity to volunteer on a Habitat build abroad. With their eyes on the prize, 12 teams of 58 participants from the construction industry came together from organisations such as; Miller Homes, NHBC, Countryside and Legal and General Homes. The weekend started out on the Friday where the teams’ first task was to construct their shelters or ‘temporary accommodation’ which they would be staying in for the duration. Showing their enthusiasm, the two COINS teams were some of the first on site and members; Zabar Khalil, Duane Wingell, Henna Hamid, Arjun Maru, Maryam Hussain, Rob Cookson, Anup Maru and Santjit Gill worked well together to get their living quarters assembled. With this forming the first part of the assessment process, the teams then explained their builds to the judges before joining the other teams for dinner ahead of their first night staying in their new homes.

“To work as a team to build a shelter was an unforgettable experience as we bought together all our individual skills in order to complete the tasks. To know the winner would go abroad to participate in a Habitat build gave us huge motivation as it would be such a unique experience. It was great to challenge ourselves to think ‘outside the box’ when building the shelter as there were times when things didn’t go to plan, however, we helped each other and worked together well as a team. Although it was a competition having taken part in this event, I felt everyone was a winner as we all sacrificed our time and weekend to support Habitat and everyone should be proud of themselves having that goal in mind.” - Santjit Gill

The following day brought a day of challenges for the teams, to test them both mentally and physically. First was a trek with an added memory task where teams were given items to memorise before they started where they were then asked to recite them back after returning back. Next up was a raft building contest where teams had to use their creativity and problem-solving skills to create something that would carry them from one point to another using the materials provided. After one team took an unexpected (but probably welcome) splash in the water to cool down in the heat, they showed their resilience by getting back out there with a slightly modified approach in order to make it to the other side. Back on dry land the next task involved moving water from one point to another using pipes and canes before the final ‘Bear Grylls’ type challenge was to build a fire and boil water to make hot chocolate.

“The COINS teams embraced the spirit of the Hope Challenge and took every task on with enthusiasm, we were so grateful for their participation.” - Katie, Habitat.

After an eventful day, the teams sat down to a celebratory BBQ and awaited the announcement of the final results. Scores were taken from various areas, including; fundraising, shelter building, the trek and the challenges and a huge congratulations to the overall winners, NHBC.

“The Hope Challenge was a great weekend, a way to bond with the team, meet new people, and experience something out of the norm. Being able to build a shelter, taking part in challenges and fundraising as part of team helped us work together to achieve something great, not only for us personally but to experience something that could make a difference to so many people worldwide. It makes you think about everything we are fortunate to have access to, such as; a shelter, clean water and health-care as it’s a privilege that we often take for granted. I thoroughly enjoyed my time at the Hope Challenge and I feel that it brought my team closer together - we had good food, great fun, met new people and were mentally and physically challenged, we look forward to doing it again!” - Duane Wingell