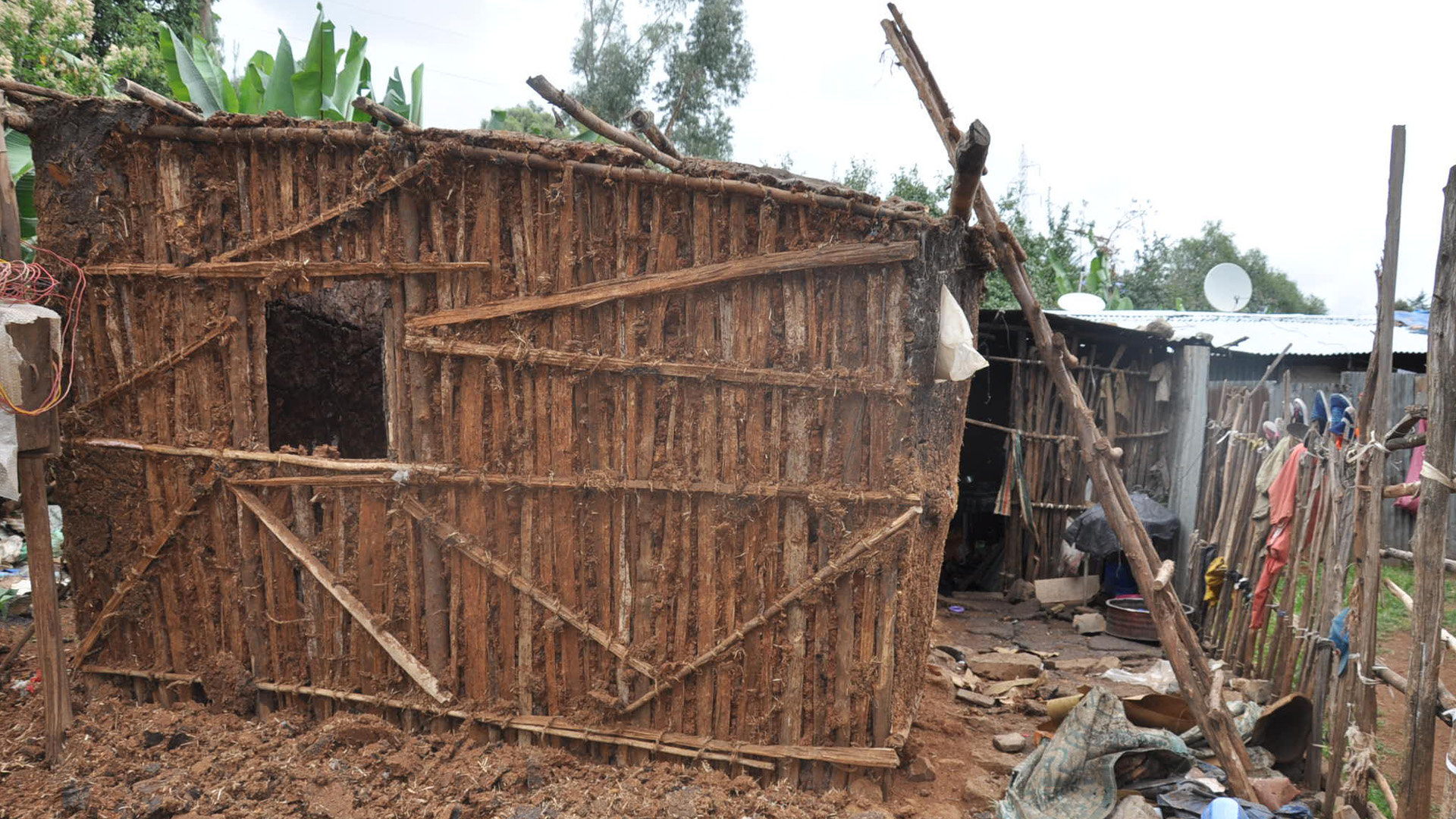 Two years ago, COINS Foundation, in partnership with Habitat for Humanity, started a new initiative to try to relieve some of the challenges that residents living in slum areas face.

The vast majority of Ethiopians live in poorly built, dilapidated, and cramped houses which lack even basic facilities such as toilets, water, sewer lines and other sanitation facilities. Only 30% of the current housing stock is in fair condition and the remaining 70% needs total replacement. According to the 2016 EDHS (Ethiopian Demographic and Health Survey) 90% of the urban houses are poorly built, with inadequate spaces, putting families at constant risk.

To make matters worse, Ethiopia’s cities are estimated to triple in size and grow to a population of 42.3 million people by 2037, with the vast majority of new inhabitants living tightly packed in Ethiopia’s city slums. Cities like Addis Ababa, where more than 80% of the city’s 2.74 million residents live in slum areas, are not prepared for the pressure. In these areas, large communities share make-shift kitchens and toilets, which are extremely unhygienic and dangerous to be around. Already structurally unsafe and made worse by daily use, these communal facilities contribute to the spread of diseases and other health problems.

The Ethiopia Urban Slum Project focuses on addressing these challenges, to alleviate extreme poverty by increasing access to decent housing, safe water and sanitation and hygiene facilities, therefore helping the most vulnerable groups meet their most basic needs. With a focus on long-term improvement for the families and communities involved, several areas have been identified for the project to focus on in order to achieve their goals.

Construction and renovation of existing structures has played a significant role in these developments and in the past two years, 23 houses have been constructed and handed over to families, benefitting over 100 individuals of all ages. Alongside this there has also been a focus on communal facilities, such as kitchens, toilets and in the near future, bathrooms, that will benefit thousands of individuals in the local community. The construction of communal toilets, standpipes and ditches to improve the sewerage line hopes to improve the sanitation issues, which has been supplemented by basic hygiene and sanitation awareness training in 3 different communities. Knowledge and education around this will play a significant role in transforming attitudes and behaviours and this is something that can be shared with friends /relatives and the next generation coming through.

The project is designed to improve the health and living conditions of vulnerable residents of Addis Ababa by providing basic urban infrastructure and services. The construction of these facilities has already brought significant results by dramatically improving the living and health conditions of the targeted families and the provision of such basic services will significantly reduce the occurrence of waterborne diseases such as diarrhoea and typhoid. So far, just two years into the project an estimated total of 999 low income and vulnerable families or 5,009 individuals have benefitted from this work and COINS Foundation are delighted be one of the partners on this project.