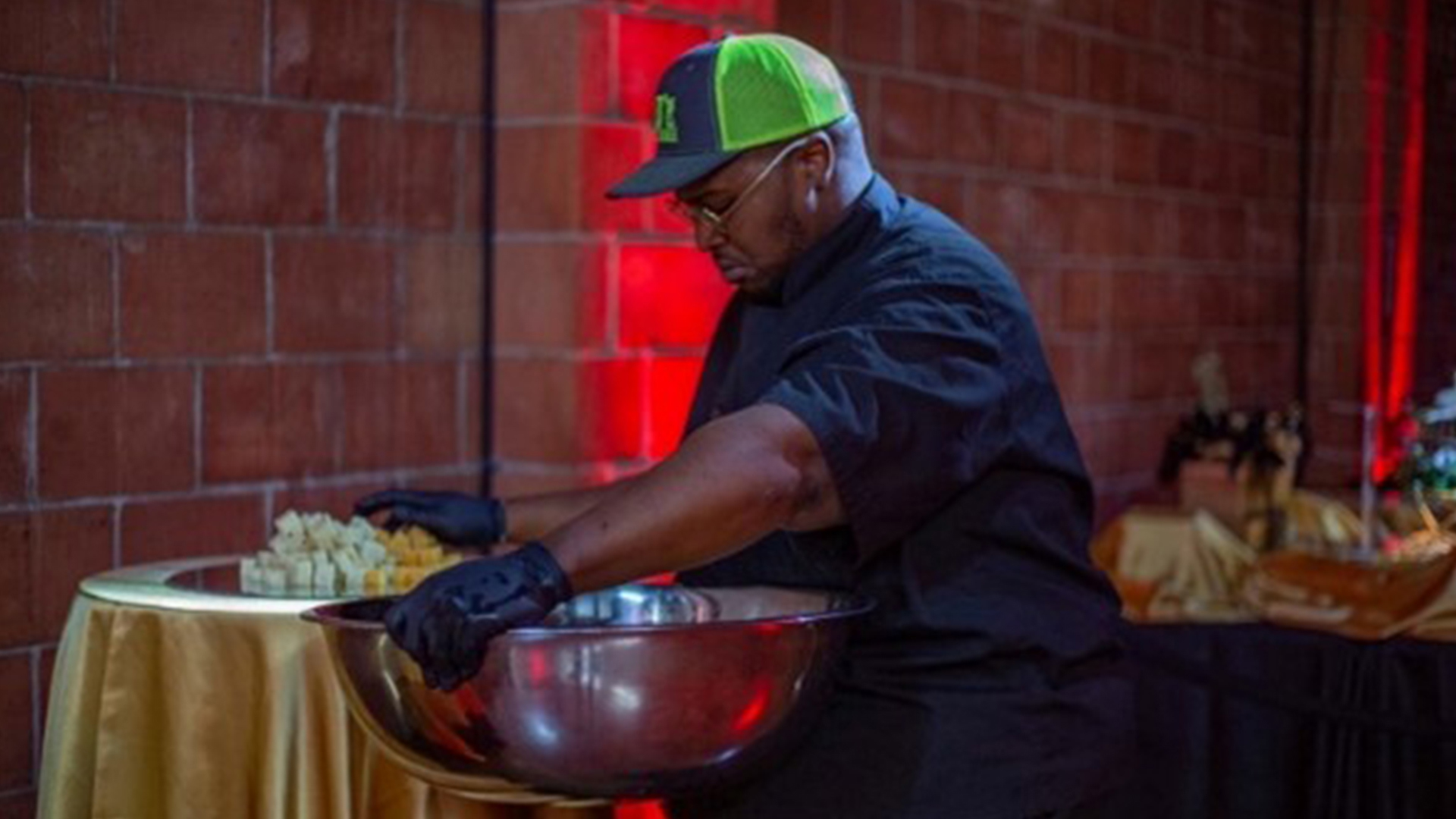 The Houston Food Bank’s mission to provide food for better lives means that they’re thinking more about how they can provide services to the community in an impactful way.

One way they’re seeking to fulfil their mission is through their on-site Community Kitchen Program. This 12-week intensive job-training opportunity teaches students the fundamentals of cooking, in order to prepare them to enter the workforce. What better way to empower the community than through job growth? The onset of COVID-19 threw everyone for a spin, and this program was no exception. They had to pause the program in mid-March and then after cases began decreasing, they resumed classes in mid-summer. Charles, who graduated in mid-October, has shown that, even during an unprecedented pandemic, the Houston Food Bank can provide food beyond the day-to-day to build a better future.

When asked about how he discovered this program, he explained that someone had tagged him in an online post about the program. He gave it a look and applied earlier this year. When they called him for a phone interview, he was initially skeptical. Once he came in for the interview and was accepted, he knew things were serious. He runs a catering business, Cooking with FlavouR. Coming into the program, he wanted to expand his cooking skills. He had exhausted federal aid and couldn’t afford the high costs of cooking school. This program gave him the chance to reembark on his professional journey while still earning an income.

Charles mentions that the program has helped him grow more familiar with working in a commercial kitchen setting. He also has learned the importance of organisation and other formal techniques.

The curriculum provides the Managers’ ServSafe certificate. Charles has used this license to open up his own commercial kitchen.

“These certificates we’re receiving- they’re asking for it. City of Houston told me everyone has to have a food handlers’ license.”

He and some other cooks have linked together to create a new business during the pandemic. He calls it “Houston’s Newest Restaurant and Catering Power House.” He plans to rent the place out to other cooks so they can expand their local businesses. They also intend to open it during weekends as a restaurant. As graduation approaches, he sees himself as more knowledgeable. He adds:

When asked what we would tell others in his shoes, he said:

“Don’t count yourself out. The Houston Food Bank has an awesome program.”

Even as the economy suffers and operations change, students like Charles continue to show that a pandemic can’t stop creativity and that this program can still provide food for better lives.