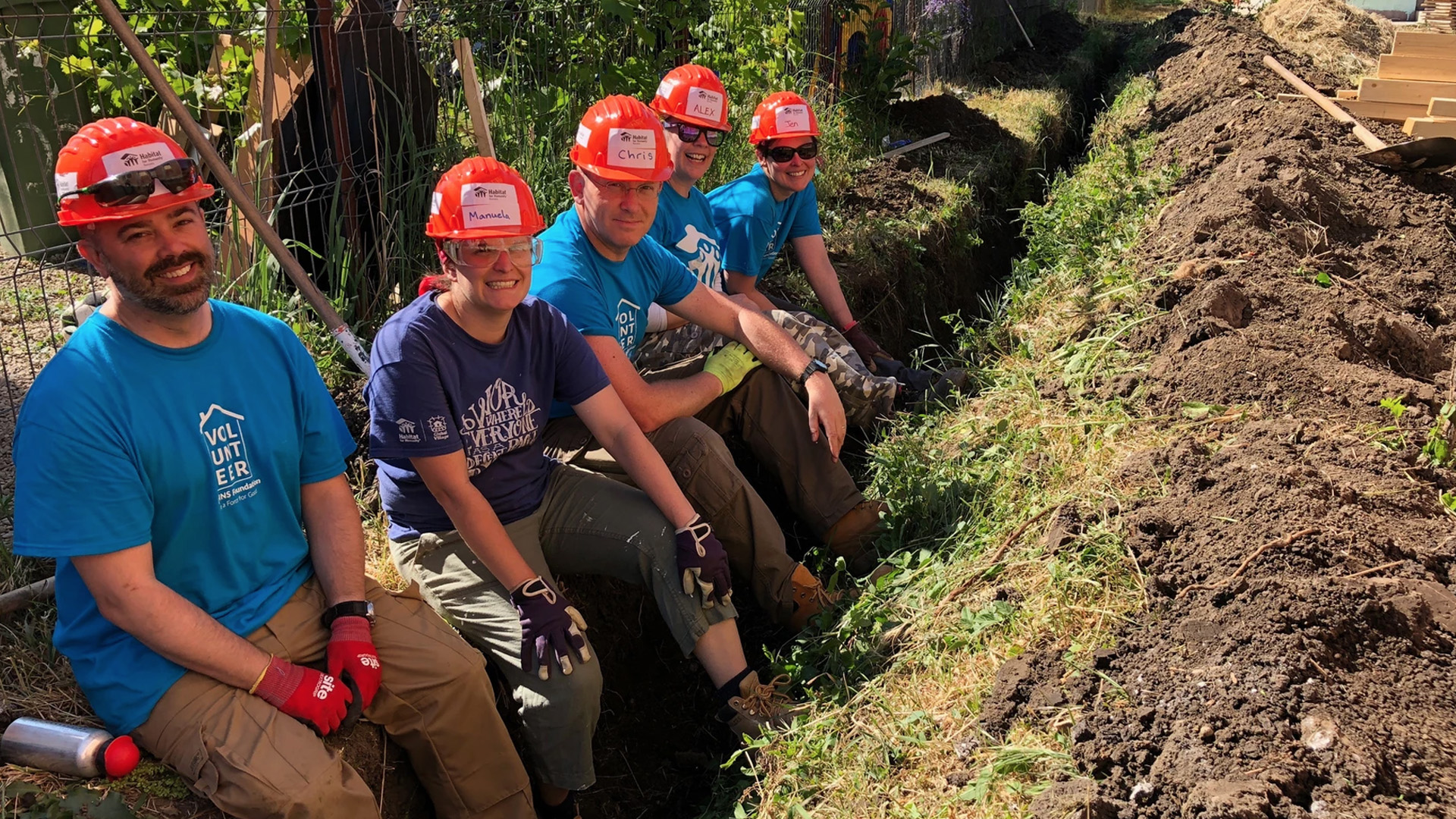 COINS Employee Alex Smyrl talks about participating in an overseas build in Romania with Habitat for Humanity as part of the COINS team.

Habitat’s vision is a world where everyone has a safe and decent place to live, working towards a world where housing poverty and homelessness are eliminated, and the volunteer builds really encapsulate this. A unique team building opportunity, volunteers are able to experience first-hand the impact Habitat’s work has on these families and communities.

What was the motivation for getting involved with the Romania Build?

I have worked on building sites before. Whilst working in the Building & Estates department of our local university I was involved in the build of 70+ new student apartments so have always found it interesting. With COINS’ involvement with Habitat for Humanity it presented an opportunity to get involved at ground level again – whilst doing something good. Not being the sort to ride a bike to Brighton or climb mountains it also seemed like a great way to get involved without the need for sportswear, which definitely appealed to me!

Did you have any relevant experience for the tasks you were asked to do?

Absolutely not and that’s what made it more fun. Each day we were given new tasks not necessarily knowing what was coming next. For me it mainly involved painting wood, digging holes, moving materials around the site, really being a general labourer but for those in our team who had the skills – they were put to very good use. Although I was completing the more menial tasks, I certainly didn’t feel useless! As well as the COINS and Habitat for Humanity team the site was full of families all doing their part to prepare, build and finish off their new homes. Everyone had their role to play, from the roofer putting the last beam up to the mothers painting murals on what would be the children’s bedroom walls.

Was it different from what you were expecting?

I think the biggest difference was that all previous builds I’d seen were in much more rural, poor communities. On the face of things Romania seems like a wealthy western nation but what we were doing was as much needed in these communities as elsewhere. Probably the biggest challenge was simply adapting to going from sitting behind a desk all day to physical activity for the week, but the team spirit certainly keeps you going!

Would you do anything differently if you were to participate in another Habitat build?

I’d like to be trained on power tools, so I get less manual labour! In all seriousness, there’d be little I’d change, I think going in without being prepared meant I could be more open to all the experiences.

What will you take from this experience?

To be able to help as part of a team is a really fantastic way to be able to contribute. The team, not just my COINS colleagues and Habitat for Humanity, but the local builders, families – everyone on the site building a community of eight homes that will provide security for decades and not just the short term is something to be proud of.

What advice would you give people considering going on a Habitat build or something similar?

Just do it – you’ll get more back than you could ever imagine!

You can also read Alex’s personal blog about the build here.