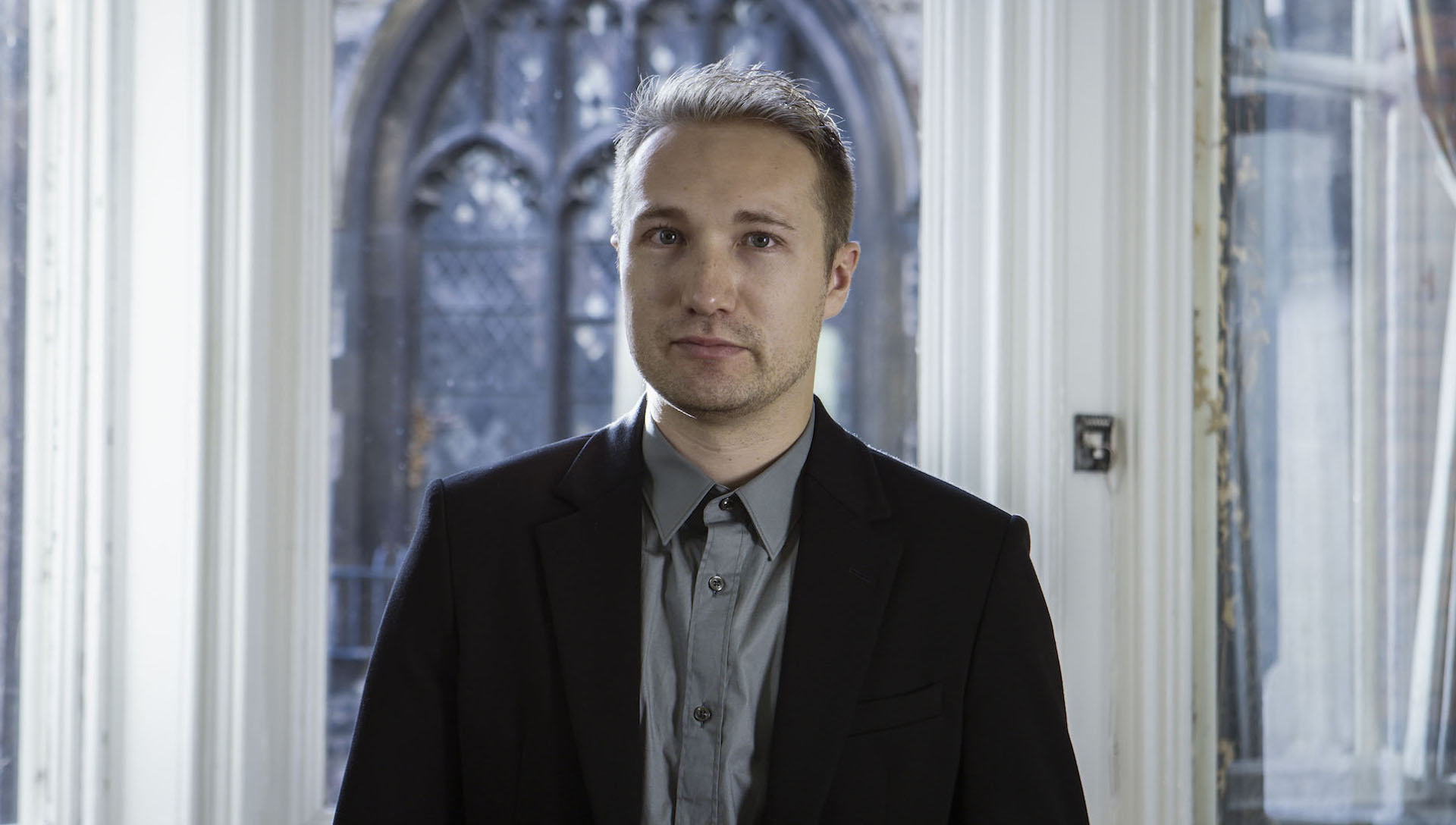 At the end of last year, Cambridge University hosted the COINS Grand Challenge Awards where finalists from 6 countries presented their ideas to a panel of judges and guests.

At the end of last year, Cambridge University hosted the COINS Grand Challenge Awards where finalists from 6 countries presented their ideas to a panel of judges and guests. The New & Emerging Technologies Award was aimed towards someone with a big but viable technology-based idea that will significantly reduce energy consumption. We caught up with the winner, Jake Johnson, to find out more about him and his idea.

Based in Los Angelas, Jake (25) is currently completing his masters in Architecture at SCI-Arc, after attending Kent State University to study Architecture and Environmental Design as well as San Jose State for Engineering. Having flourished in the academic sphere, his creativity is evident in his passion for architecture and design where his focus is on creating environmentally responsible buildings. Having started up his own business, Jake Johnson Designs, which looks to build desalination facilities around the world, any spare time in his busy schedule is consumed searching for investors and venture capital to support this.

“A previous high rise project needed water for the top floor pool but the energy required to pump up the water seemed excessive. I designed a lens system that boiled the water with the sun to convert it into steam so the water would rise without energy. I then began to hypothesise about using that idea for something less superficial, which was to convert ocean water into steam to desalinate the water as well as generate energy. After exploring the market, similar ideas have been created before but there is nothing beyond small devices that purify saline water. Having both an architectural and engineering background allows me to think about small machines on a large scale. “

With an early ambition to design buildings that showed an emphasis on supporting environmental sustainability, Jake was quick to credit the influence of his professors. By opening his eyes to the world around us, he was encouraged to visualise a more efficient way of creating buildings for the future.

When asked of his influencers, Thomas Mayne, Director of Morphosis, was top of Jake’s list. Commenting on his expressive building designs that are both energy and resource efficient, he also admires his commitment to continue working and teaching into his 70s, continuing to direct projects around the world. Alongside Mayne, Elon Musk was another contender, having become one of the most important voices for the green energy movement and has paved the way for people like me who want to run a successful green energy business. Thomas Heatherwick (Architect/Designer) completed his trio of inspirational characters, describing him as having no limit in his ability to design where many have changed the city of London.

“For someone who is studying in Los Angeles to receive an email asking me to fly to Cambridge to present a major idea was an amazing experience.

The Award was a great honour that legitimises my efforts as a start up but, more importantly, the panel of distinguished judges validated my ideas and work that I have been researching for the past 2 years. It is an accomplishment that I am proud of but I want to make the challenge into reality in the next year. Until then, I will be working towards making the most out of the COINS grand challenge by finishing the idea that I had presented to them last December. The competition itself was professional and well organised so I would absolutely recommend anyone from around the world to enter next year. Even if you do not win, it was a great experience to visit Cambridge and present in one of the most historically pivotal buildings in the UK.”

Jake explains that there is extreme demand for his facilities but the initial funding often takes a long time to obtain as individuals need to be convinced that it is viable. So for now, outside of the classroom, efforts are focused on generating the resources necessary for these plans to be implemented and judging by his achievements to date, I wouldn’t be one to bet against him.