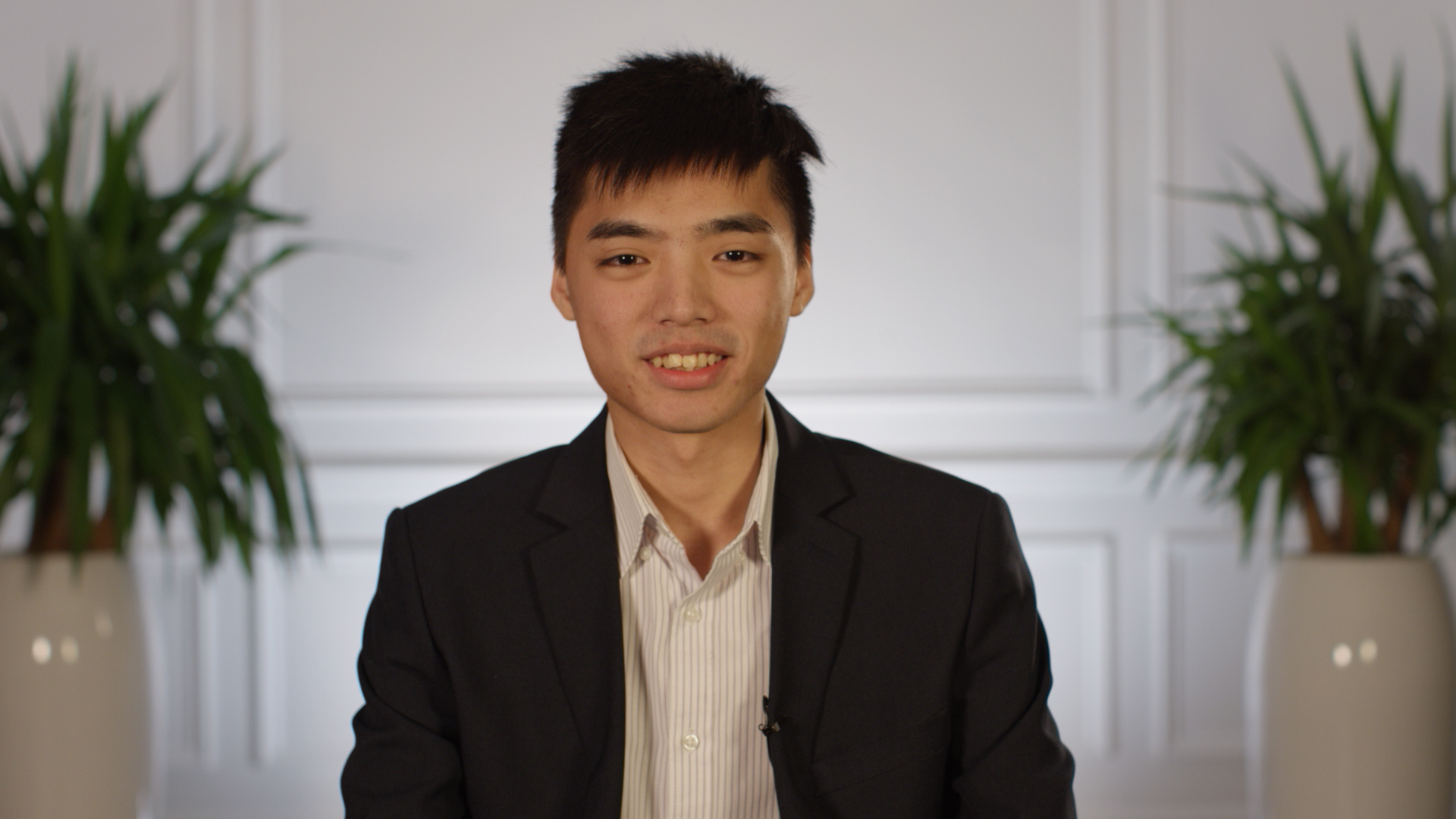 On Wednesday 8th February finalists of the 2017 COINS Grand Challenge presented their ideas to a panel of judges before attending a gala dinner and awards ceremony in London, where the winners were announced.

A global competition, it was an opportunity for candidates to showcase their big idea and with substantial prizes up for grabs, for some it could be a career defining experience. The COINS Grand Challenge aims to uncover the next generation of construction innovators, entrepreneurs and young leaders and 19-year old Hugh Kam definitely fit the description, winning the Undergraduate Award.

A second-year architecture student at the University of Liverpool, Hugh believes his upbringing is what really inspired him to tackle buildings as his career, having grown up in Hong Kong, the city of skyscrapers.

“80% of a building’s carbon emissions come from operation carbon, with the other 20% attributing to embodied carbon. Decisions that affect the amount of operational carbon all occur during the design stage of construction. Therefore, I have identified this to be the most important stage in the building’s life cycle. Technology can only bring us so far and I feel that what needs to change is our mind seton how we are training the next professionals.”

Hugh’s idea stems from focussing on the future, acknowledging that the industry leaders of tomorrow will have more influence in years to come than those who are in such positions today, a concept that initiated the COINS Grand Challenge. With this in mind, he wants to target the current education system by introducing an additional year for all construction related degrees, including; Architecture, M&E Engineering and Structural Engineering. The extra year will bridge the gap between these degrees rather than teaching them independently, which is the more conventional style that the current syllabus follows. By encouraging a more collaborative approach to these fields, Hugh believes that it will result in a number of benefits, such as: an increase in skills acquired by the students and their ability to work in teams, better prepared graduates for the transition into the industry and as a result higher quality students. Ultimately, the improved understanding of roles and integration within teams will enable increased efficiency and reduced waste at all stages of the design process, allowing buildings to become more sustainable. The focus here is on introducing a more flexible and collaborative mind-set at university level that equips them to put this into practise when they progress into the industry.

“This idea is something I have thought ever since I started studying Architecture. I’ve always been led to believe that the architect was the person that made a building and this was the main inspiration for me to pursue it as a career. However, in some ways this profession is facing somewhat of an identity crisis, where we are no longer the master builder. Upon realising this I thought it was a shame our profession didn’t evolve and I believe that this is an issue connected with the way we’re educated, which is relatively unchanged. This idea is my solution to how I felt Architects can once again be at the forefront of building construction and how we can impact the world by creating more sustainable buildings as a result.“

Alongside his academic interests, Hugh highlighted playing basket ball as one of his preferred activities to do in his spare time as well as reading journals, books and articles on a variety of topics. His aspiration to learn and improve is apparent and he explained his desire to gain more experience was his main incentive when entering COINS Grand Challenge.

“I was told that my passion in Architecture and buildings allowed me to stand out and was a defining factor in the selection process. The Grand Challenge was a two-day experience where I was able to network with many industry experts and to connect with my fellow undergraduate finalists.

This Award means a lot to me and is my biggest accomplishment to date. It is the first prize that includes applicants from around the world and most importantly, the set-up and knowledge I have gained was invaluable.”

Hugh was quick to praise the support he’s received from his parents over the years from both an emotional and financial perspective, encouraging him to socialise with as many architects as possible to truly understand his chosen career. Hugh acknowledges that these introductions and connections may be the key to the success of his education revamp as the sheer scale and significance of it will be challenging at the least to achieve alone. Despite being well aware of the sheer magnitude of his proposal, Hugh is not one to be deterred and remains optimistic about its inclusion in the future.

“I do believe that my idea is very difficult to achieve, but I stand strong in believing that although it is difficult, it is definitely something that I feel will benefit the industry as a whole. And, when I do find an opportunity, I will try my best to market my idea in hopes that one day it will happen.”