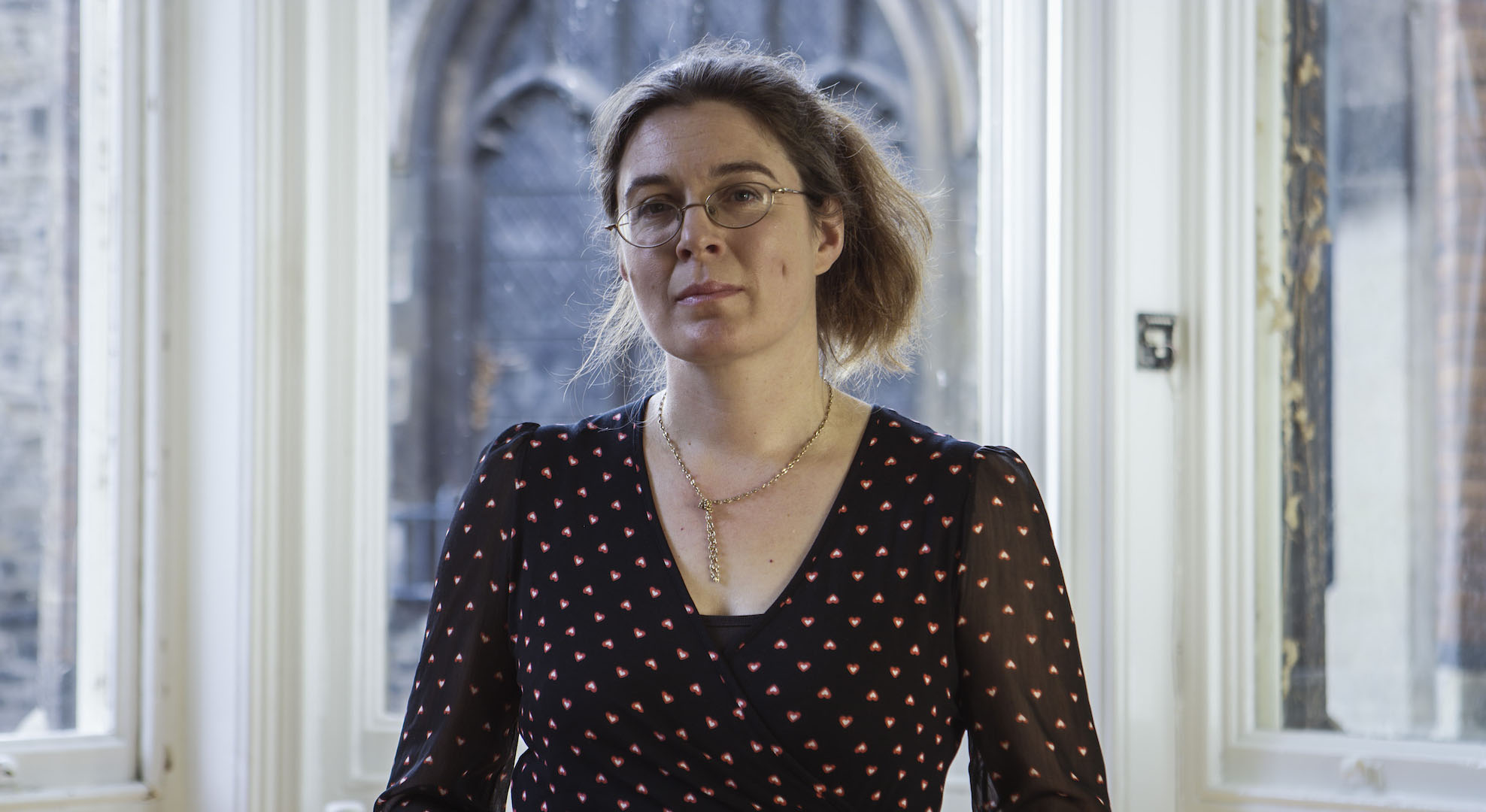 Last December, COINS revealed the winners of the inaugural COINS Grand Challenge at the final Gala dinner and awards ceremony.

Amongst the incredibly strong line up of finalists was Hermione Crease who scooped up the Bouygues UK Special R&D Award.

Hermione is co-founder of PurrMetrix, a data analytics system that heat maps commercial buildings in real time so that facilities managers can identify opportunities for energy savings and improve comfort.

“We use a large array of wireless temperature sensors - think one sensor for every 2 or 3 desks - that can be easily retrofitted into any building to provide a rich map of information about the way heat is moving around a space. The sensors report data in real time to a web application that runs analytics to quantify the performance of the HVAC systems, identify trouble spots and opportunities for energy savings.” Hermione

After previously training as a chartered surveyor, Hermione then went on to work in the tech sector, developing products for energy management. Having this experience under her belt meant that she had a strong understanding of what is possible and what is actually being done to reduce the energy consumption of commercial buildings.

“A lot of this gap is the result of tools that are hard to work with and don’t scale easily, so unless you are able to make dramatic improvements in your energy consumption, you can’t show a good ROI (Return on Investments). However, we’ve reached a point with technology where it doesn’t have to be that way any more. The cost of collecting and analysing good quality data is declining quickly and I’m excited about what that means for the built environment.” Hermione

Not one to take all the praise, Hermione was quick to credit the rest of her team in the development of this idea. Initially starting out just wanting to work with data, they acknowledged that the standard set ups didn’t quite provide them with information that was good enough to be reliable. Their background in smart metering helped, knowing that the more specific data is, the easier it is to take action. They also knew that by adding location and time to something simple like temperature measurements you can begin to answer some really complex questions about various factors that affect the working environment. Variables such as occupation levels, airflow around a space, the building’s thermal performance could all have an impact and could be monitored. With the skill sets that were amongst the team, they began to create a system that was trivial to retrofit, could deliver high resolution data and was affordable in large quantities.

“Winning the Award was great confirmation that the problem we’re dealing with is worth tackling. To stand in front of a room full of people who really understand the problem, answer their questions and see them respond enthusiastically, was incredibly motivating! It’s also really helpful for other customers to have the reassurance that we are considered seriously by an organisation like COINS.”

When asked of any particular influencers, there was a long list of people who came to mind. The gradual but long-term impact of climate change was at the front of Hermione’s mind and she admired David Mackay’s book ‘Without Hot Air’ for attempting to quantify what works in tackling it. Her involvement in running a series of conferences for tech entrepreneurs resulted in meeting and working with inspiring entrepreneurs such as: Dharmesh Shah (founder of Hubspot), Rand Fishkin (Moz) and Kathy Sierra. They gave her the idea that starting something herself might be possible and an understanding of the tools you might need to make this happen.

Hermione was enthusiastic about participating in COINS Grand Challenge, despite the enormity of presenting to the panel:

“It was terrifying but worth it. I was first into the room and I’m glad I didn’t have to wait long because the sense of release once I had finished was tremendous. The panel and everyone from COINS were extremely supportive and positive and I would definitely recommend the process to anyone who wants to take some time to think deeply about their project and discuss it with experts in the field.”

Looking ahead to the future, there are still big plans in the pipeline. The ambition is to continue to build a profitable business that uses data to make a significant impact on energy consumption and to see Purr systems in several thousand buildings within the next 3 years. They have identified that in order to achieve this they must step up their selling rate as well as constantly improving their understand of how people can use this information to change their buildings performance.

“After 18 months we have a business that offers something unique in the market, with customers who are using our tools to save themselves money and energy. From a blank piece of paper I feel quite happy about that.”