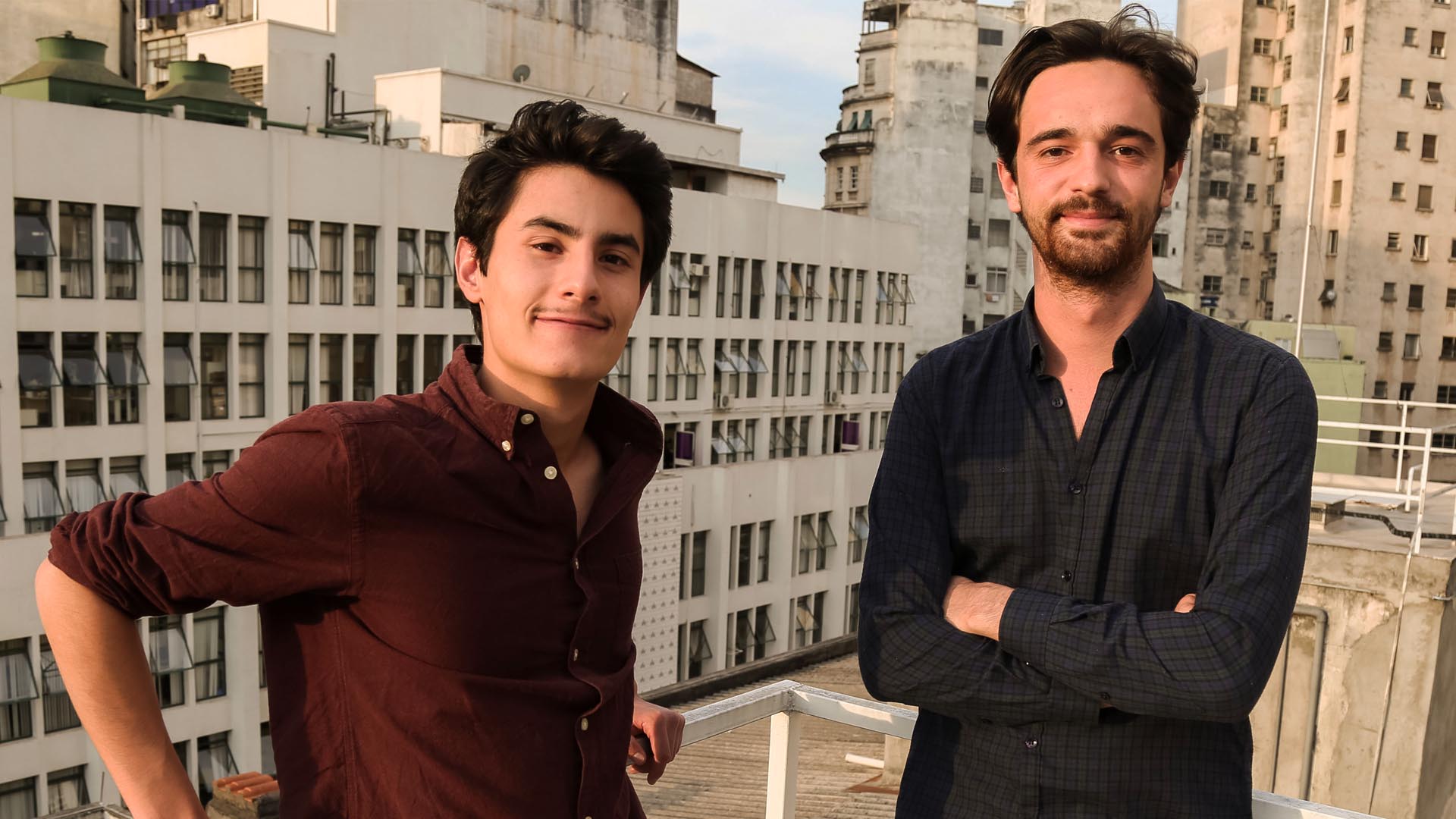 Last June, finalists of the 2018 COINS Grand Challenge gathered together in San Antonio, Texas to present their ideas at a gala dinner and awards ceremony.

The Grand Challenge attracted entries from all over the world and, running in conjunction with the COINS Innovation conference, the combined event was well attended by professionals from across the industry. The New & Emerging Technologies Award looked for ideas which would have the greatest impact on business in future years and how they could be applied to the built environment. Facing incredibly tough competition from his rivals, the runner-up spot went to François Duchamp.

24-year-old university student François is in the process of completing his final year of studies at the University of Lyon, where he is working towards achieving a degree in architecture. The self-confessed hip hop fan has always had a strong fascination with city life and often takes time out to explore new locations with just the company of his music and skateboard, so it is unsurprising that his successful idea stems from this interest.

The idea came to him at the beginning of 2018 when François was enrolled in a one-year exchange programme in Sao Paulo, Brazil. François described being completely mind blown by the anarchy and spatial inequalities of the city with areas being either over constructed or completely abandoned. This prompted the realisation as to how complex and segmented the process of creating a sustainable city is, with so many different stakeholders working independently the focus is often on individual projects rather than how the city operates overall. This new awareness prompted the creation of Baukünst - an online collaborative platform that provides various stakeholders with the tools to create a more efficient and sustainable city.

“Today, the majority of world population already live in cities and by 2050, this number will reach 68% of humanity. Cities will be a big deal in years to come and we will need tools to manage them and plan this exponential growth to ensure the world’s metropolis remain liveable.” – François Duchamp

The online platform is still in the production phase but its potential and viability as a solution to this issue clearly appealed to the Grand Challenge judging panel. Operating on a map interface architects can identify available plots and submit projects to be approved. The transparency of the space available and any proposed developments allows; citizens, developers, architects and elected officials the opportunity to work together where necessary to implement projects that can fit various requirements. François is keen to continue working on the Baukünst project with his good friend and business partner Corentin Favreau with a view to quickly release a beta product with basic features that can be improved incrementally.

Quick to credit a number of people as influencing him throughout the process, one name that came straight to him was Sir Winston Churchill, citing his famous quote ‘success is the ability to move from one failure to another without loss of enthusiasm’ as being particularly applicable.

“I entered the COINS grand challenge because it is one of the very few competitions focusing on the intersection between the built environment and innovation in such a relevant and open way. It was also a fantastic way for me to expose it to professionals within the industry and hear their thoughts and feedback.” - François Duchamp

Reflecting on the Grand Challenge, François described it as one of the most intense experiences he has ever had. With a relatively short time to collate their idea before the deadline, there was evidently a lot of work to be done but their efforts were rewarded when Baukünst reached the shortlist and François was invited to fly half way around the globe to present his idea to the panel.

“I think the main thing the Grand Challenge gave me was confidence. I feel so grateful to the people that took the time and energy to listen to my ideas and try to help me in the process. It makes me confident about the project and my ability to communicate and further develop it. I really liked the fact that we were able to meet with the other finalists, there were so many fantastic projects from all backgrounds for me to learn from.” - François Duchamp

Away from his potential career and educational ambitions, the innovative student informs me that when life permits, heaven for him consists of enjoying time with his friends around a glass of wine. However, free time looks to be a rare luxury over the next few months as whilst the priority currently lies on the completion of his degree, he insists that work on Baukünst will continue alongside this until post-graduation when he will be able to dedicate his sole focus to the project. A huge experience in itself, he admits that what truly fills him with pride is the process of having taken an idea he had and, alongside his friend and business partner Corentin, transforming it into a concrete project that they then went on to present to the world.

“The success at COINS Grand Challenge also brings you that credibility that you might lack as a student and may be lacking significant references for future funding and development. Even if it’s just the beginning of the adventure, I feel very proud about achieving this first step.” - François Duchamp