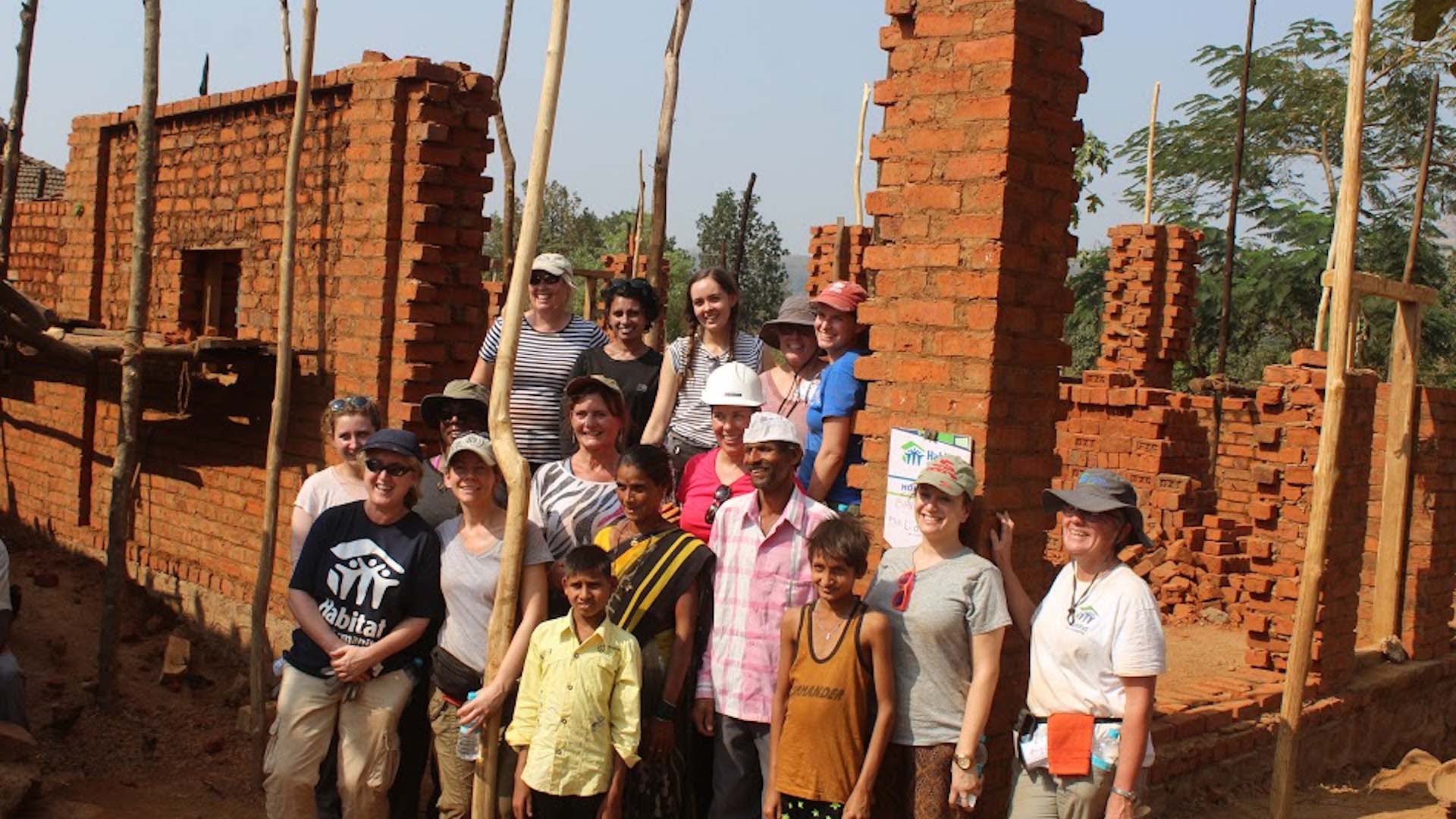 On January 20th 2017, myself and my American colleague, Mona flew from Heathrow to Mumbai to join a group of 13 women for the Habitat for Humanity Women only build, for 2017. On landing in Mumbai our senses were assaulted as we took in the heat, smells, Architecture, new faces etc. Whilst we awaited the arrival of the entire crew we spent the first night in Mumbai getting to know the team - what a great bunch of women from all walks of life and ranging in age from 25 to 65.

We travelled from Mumbai, south east for about 4 hours to a place called Karjat, which is where we would be based for the next 6 days. We were billeted in shared accommodation, 2 to a room, in chalet type facilities. Our remit for the week was to build the walls of a house for a family in a fairly remote village. Each morning we arose at 7am (Indian time, 1.30am UK Time), had breakfast and got on the bus by 7.45am. The drive to the village took about 1¼ – 1½ hours and the temperatures for the week hovered between 38 & 42 degrees celsius. We had been advised to dress in construction apparel i.e. steel capped boots, trousers suitable for on site work and long sleeved tops to prevent insect bites, therefore fairly warm gear in an already very warm climate!

After the first day, the remaining days took on a similar pattern. We were divided into 2 working groups and by the 2nd day had a handle on what we would need to do each day when we arrived. The villagers all rallied around to help also, including men, women and children. Although there was no common language the camaraderie and working spirit, became obvious and the team gradually worked itself into a well oiled machine, where only 2 words were needed to communicate - mud & bricks. In the midst of all this, songs were sung, friendships were made and the build progressed.

In the middle of the week we took time out to visit one of the local schools where we were welcomed like royalty by the children and teachers alike. We sat through 5 dance performances, each one equally as good as the last, it brought a tear to my eye as I am not sure they realised how good they were and how much it meant to us.

By the last day of the build, I know everyone was feeling like they did not want to leave. The walls were all finally up, partly due to a last bit of slight competitiveness between both teams! We exchanged gifts with the family and said our farewells but it was a very quiet bus load of women on the return to Mumbai as everyone reflected on the week that had gone by, what it meant and how it might affect them going forward.