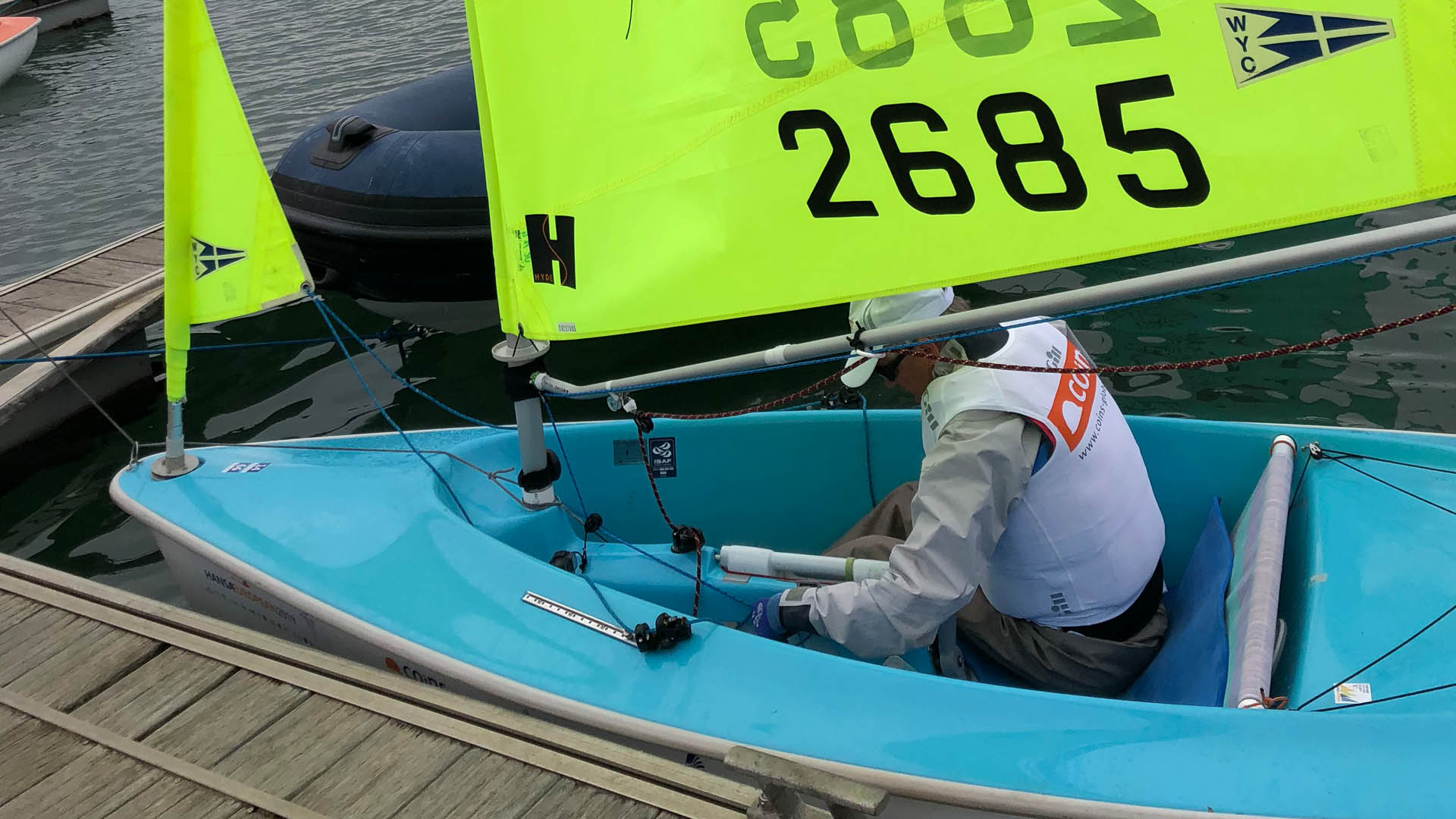 At the beginning of October, Australian talent Chris Symonds travelled to Portugal for the Hansa Open European Sailing Championships, which ran from 5th to the 12th October at Portimão Marina.

A passionate sailor, Chris has dedicated his life to the sport after falling in love with sailing at just the age of 10. Despite suffering from Kennedy’s Disease, which effects his mobility and speech, Chris has worked hard to develop his skills in order to compete at the highest level in both disability events and Open competitions where he faces able-bodied competitors. From seasoned campaigner to Championship first timer, joining Chris was 18-yr-old Harry Kennington from Frensham Ponds Sailability in the UK. Harry’s passion for sailing was initiated through Stepping Stones School, who work closely with Frensham Sailability as part of their students’ curriculum. Harry’s story is one of commitment and perseverance starting at the age of three when he was diagnosed with a medulla blastoma brain tumour and was treated with chemotherapy and radiotherapy. Numerous operations and rehabilitation treatment haven’t stopped Harry from sailing twice a week a Frensham Pond where he has made his mark on the National stage competing against adults of all abilities.

Having recently brought home a silver medal from the World Championships, Chris was keen to produce some more strong performances once more. Nine races made up the Hansa 303 singles competition with men and women competing on a level playing field and points counting from seven of the races, offering an opportunity for two scores to be discarded. A difficult start proved to be expensive for Chris and one he hoped would not need to count in the final score but after wins in race two and five alongside some consistent top placings, Chris was sitting in silver medal position with just one race to go. Faultless performances from Polish rival Piotr Cichocki meant the Gold was out of reach but Chris needed a good result in the final race to hold onto the Silver medal and his experienced showed, delivering second place and securing himself individual Silver.

Great Britain’s Harry Kennington is no stranger to a challenge but having stepped up a level he was in unknown waters in terms of the level of competition he was up against. Wearing the Great Britain flag proudly, Harry put in consistent races from start to finish holding his nerve until the final race was complete to finish in an impressive 18th place overall.

In the doubles races, Chris and crew partner Manuela Klinger came agonisingly close to topping long term rival Piotr and his partner as they were sitting at the top of the leader board before an appeal in the last race led to disqualification. Even with this penalty, the team finished in a strong fifth, a credit to their performances throughout the week.

Both Chris and Harry demonstrate that it is not about the challenges that you face but how you work to overcome them. We are incredibly proud of their achievements, not just over the week of competition, but the months and years leading up to it, that enabled them to deliver these superb performances when it counted.

In Chris’ own words:

“Follow your dreams; you can achieve amazing goals if you stay focussed on them.”